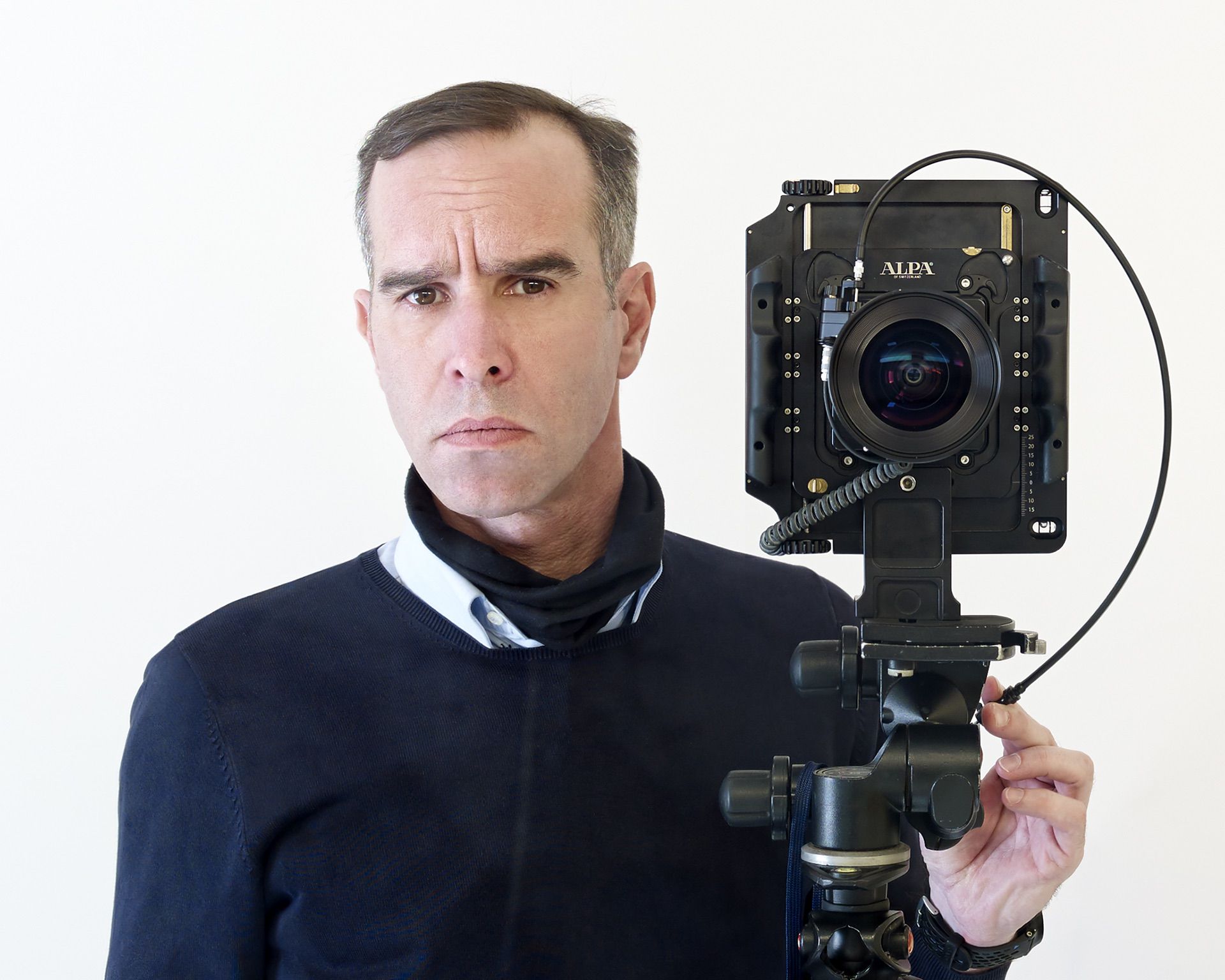 Yiorgis Yerolymbos (Paris, France 1973) is a photographer and architect. He studied photography in Athens and architecture in Thessaloniki, Greece. He subsequently pursued a graduate degree at Goldsmith's College, University of London, and completed his Ph.D. at the School of Art and Design of the University of Derby, UK.

His photographic work has been published in a number of books on landscape and architectural photography. He was also a lecturer in photography at the School of Architecture, University of Thessaly from 2008 to 2011. In addition to his academic work, he exhibits his work in solo and group art exhibitions in Greece and abroad.

His work focuses on the interface of nature and culture as it can be exemplified in contemporary topography. He photographs landscapes under transition, places that have sustained changes in the face of modernisation and optimisation of land exploitation. His research interests include the process of beautification of landscape in contemporary photography, the construction of identity through lived-in space. In 2008, supported by a Fulbright scholarship, he travelled the US by car from East to West and back focusing on the American landscape and how its visitor-user perceives it. He has participated in the Venice Biennale of Architecture twice: in 2012 with large-scale works of the city of Athens and again in 2014, with landscape images of Greece. In 2013 his photographs were included in the main exhibition Εverywhere but Now of the 4th Biennale of Thessaloniki, curated by Adelina Von Fürstenberg. Since 2007 and for a decade, he has been the official photographer of the construction of Renzo Piano's the Stavros Niarchos foundation Cultural Centre. His monograph "ORTHOGRAPHS" was recently published by Yale University Press.