Massimo Vitali portrayed in the TV magazine "ttt" (German Television, das Erste) with a look behind the scenes. 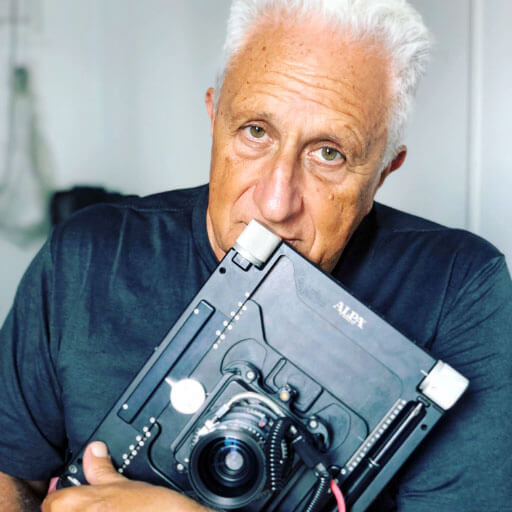 The beach has been Massimo Vitali's world for decades. His large-format photographs are full of little stories. Today they seem like they come from another time. The magazine "Titel Thesen Temperamente" (ttt) of the First German Television Channel met the Italian photographer in Düsseldorf.

Massimo Vitali has been using an ALPA 12 XY for several years. Just like the likable perfectionist that he is, he visited ALPA in Zurich at the time, evaluated his camera, his first lenses, and also how he can convert his analog workflow to digital. His pictures are as iconic as he is demanding. It is always a pleasure to work with him. At ALPA, we are all the more pleased that the German TV magazine "Titel Thesen Temperamente" of the First German Television has dedicated a detailed article to him.

"When it gets crowded on the beach when life is pulsating, and people are crowding, Massimo Vitali is in his element. The Italian photographer is known for his large-format pictures of beaches and scenes of mass tourism. His latest photo volume, "Entering A New World," published in 2019 by Steidl Verlag, bundles his work of the past ten years: beautiful photographs of places where many people are crowded together in a small space. They are memories of a carefree time when "social distancing" was still a foreign word with today's perspective. ttt met Massimo Vitali in Düsseldorf after the lockdown.


"I am a despicable voyeur."

"The beach is the perfect place to study humanity. People want to leave their worries behind on the beach; here, they can deliberately not think, lie in the sun." The beach has been Massimo Vitali's world for decades. Taken from a distance, his monumental hidden object pictures are full of little stories. "I love watching people. I'm crazy about it. I make up the most incredible stories about their lives when I watch them, and then I take a photo. It's just an excuse because I'm a hideous voyeur."

Born in Como in 1944, Massimo Vitali went to London in the 1960s to study photography at the College of Printing. He initially worked as a photojournalist for various magazines and as a cameraman for film and television. In the early 1990s, Massimo decided to pursue art photography. In 1995 he started his "Beach Series," which made him famous. His works can be seen in major international museums, including the Guggenheim Museum in New York, the Centre Pompidou in Paris, the Stedelijk Museum in Amsterdam, and the Centro de Arte Reina Sofía in Madrid.

"I strangely enter other people's world," he says. He finds his motifs not only on the beach but also in winter sports, in discos, or at tourist hotspots. He often waits hours for the right moment. "In my pictures, there are hundreds of insignificant little facts. With their help, you can get an idea of who we are, what we think, and what we will be."

He has his vast tableaus printed in an internationally renowned photo laboratory in Düsseldorf. "I'm crazy about the details. I want to see everything. That's why I have to come to Düsseldorf because I'm very picky about my photos' technical side, and here we work well together.


Chronicler of the community

His trip to the Rhine was the first since the lockdown in Italy. During the Corona crisis, he hardly left his house in Lucca for weeks. Several friends in his circle of acquaintances have died. In early summer, he started to photograph the new situation. "In Italy, the lockdown has also welded people together, I don't know if that is still the case, but I think it is," says the community chronicler. "I would like to believe that it is so. I am always optimistic." 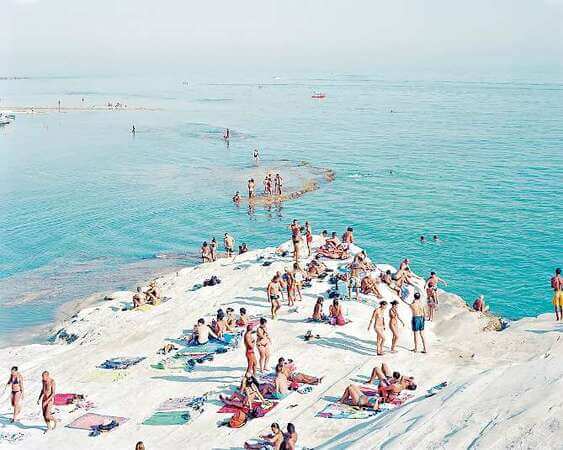