Documenting Portugal's Build of the Centuries in Lisbon

In an elaborate project, Hans Rupp and Maria Pedro Fonseca photograph the halls of the Ajuda National Palace in Lisbon. Their pictures show the individual rooms as visitors will never see them again. 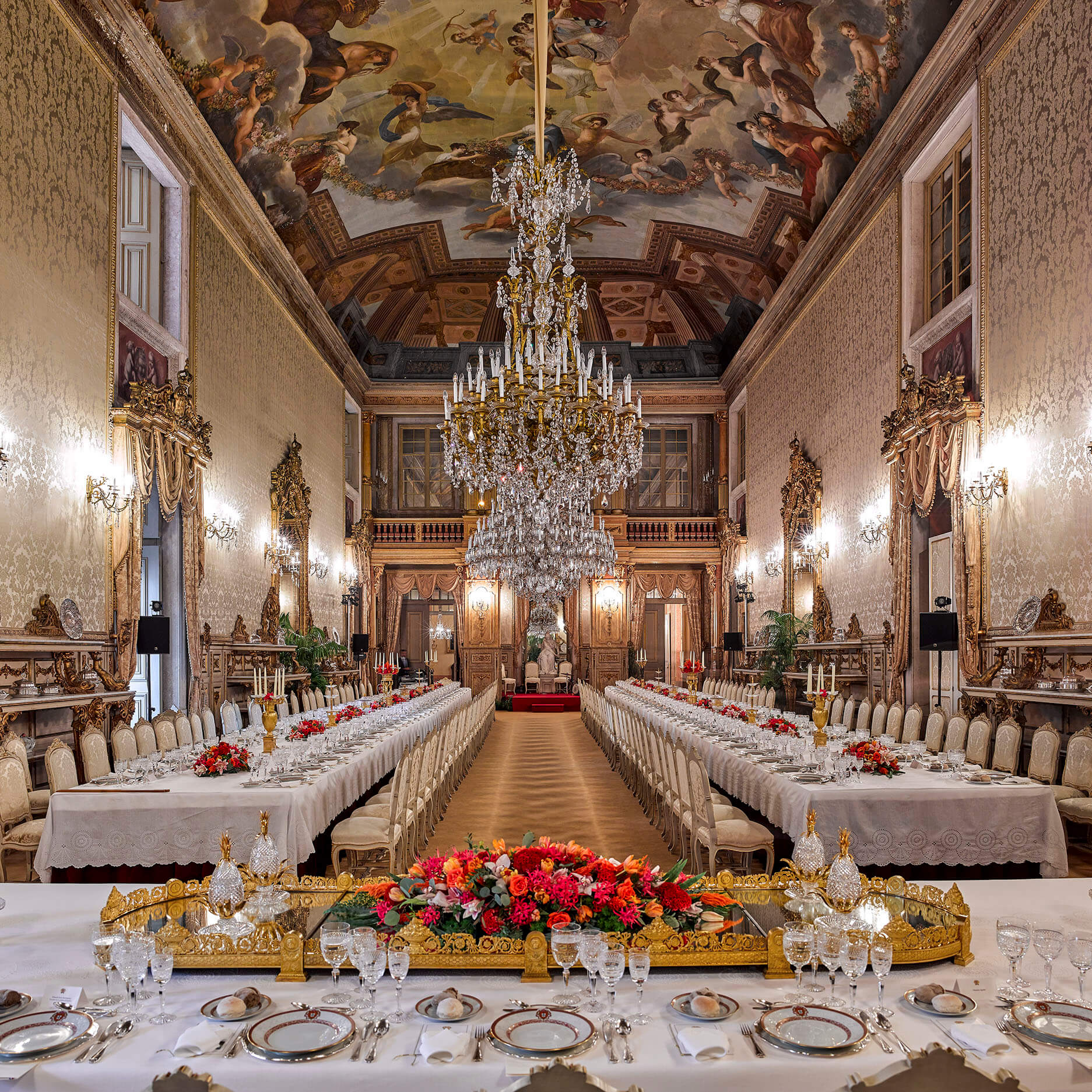 Preliminary note: This great work was made in 2017 with ALPA equipment and Rodenstock/ALPA optics in the eShutter 250 electromagnetic shutter. Leica has since discontinued this product. Lenses in this shutter are therefore also discontinued. Should you be looking for a control option: ALPA still supports these shutters with Silex Mk II.

For 222 years, Portugal has been waiting for the completion of the National Palace in the Lisbon suburb of Ajuda. In 2018, the completed half of the building will finally be concluded with a befitting completion building - at least that's what the current timetable looks like. The individual rooms of the palace will be renovated during the project and partly designed differently. The Swiss ALPA photographer Hans Rupp, together with the "court photographer" Maria Pedro Fonseca, was given exclusive access to the palace in order to document the current state as comprehensively as possible. The photographer Rosa Araci, also very familiar with ALPA cameras, recorded the work of the two.

Months before the start of the project in the summer of 2017, the photographers spent a lot of time adjusting to the local conditions, the procedure and the setup for the ALPA 12 MAX. In this preparatory phase of the project, Hans Rupp mostly used a Rodenstock / ALPA HR Alpagon 4.0 / 32mm FPS SB17 with electronic shutter and ALPA Silex as the control module. This set-up proved to be the photographer's first choice during the project.

"The biggest challenge was the limited space," Rupp says about the specifics of the project. The majority of the halls are relatively narrow. This makes it difficult to create depth. "The smaller rooms measure about 10 by 10 meters and are thus rather small for our recordings, so the distance between the camera and the subject is short, which means that the sharpness setting becomes more important The depth and the photographic craft shown are better as a whole. "

Hans Rupp was supported in his project in Lisbon by the technical partners Rodenstock and ALPA. The lenses by Rodenstock are known for their excellent resolution and offer the possibility of shifts. For the actual photos in the palace, Rodenstock provided not only the previously mentioned 32mm but also the 90mm optics. Both are perfectly suited for the special interior shots and were also equipped with the electronic shutter eShutter 250 by Rodenstock.

The eShutter 250 can be installed in all lenses from Rodenstock / ALPA. It serves to remotely control the aperture and shutter of the camera. The maximum exposure time of the eShutter 250 is 126 seconds. In use, the eShutter 250 gives photographers three clear advantages over a conventional copal lens:

"Due to the light conditions in the palace making long exposures and exposure series necessary, it is, in our point of view, an excellent field of application for the eShutter 250," concludes Ralph Rosenbauer, head of development at ALPA. "Due to the extremely rich and valuable interior of the palace with all the (wall) rugs, vases, candlesticks, the solution advantages of a medium-format system with Rodenstock optics are wonderful," he continues.

Compared to the predecessor Rodenstock eShutter 125, the new solution differs not only from the speed (1/250 s instead of 1/125 s) but also in the handling. In the future, the eShutter 250 can be operated using the ALPA eShutter Control handle, whereas previously a computer or the Sinar eControl control unit was required. Especially in use outside the studio, ALPA eShutter Control will further simplify the work of photographers, as the handle not only saves space and weight but above all allows direct control of the camera.

The Rodenstock eShutter 250 is available on request in the form of a modification option with a surcharge for all ALPA / Rodenstock lenses from ALPA. The ALPA eShutter Control handle will soon be available from ALPA.

The story of the palace: a mirror of history

Until the result of the photo project by Hans Rupp can be seen, one must still be patient. The project has now been completed and will be presented in the form of an exhibition to the public. "When people look at details in photos, they perceive them differently than in reality," says Rupp. His fascination for the project is based on the historical context and the charm of the building. "The Palacio, among other things, captivates me with its public museum character, and some of the rooms are not just exhibits, they are also used, for example, the large dining room is used for official government receptions."

The history of the building goes back to the Lisbon earthquake. In 1755, it virtually destroyed the entire city, including the then royal residence, the Palácio da Ribeira, on the banks of the Tagus River. The urgency to build a new palace and the fact that the Royal Family survived the disaster because they had stayed in the Belém / Ajuda district, which was hardly affected by the earthquake, were probably reasons for choosing to build the palace on the township Ajuda. Fearing further earthquakes, the first wooden palace was built in 1761 and received the not very flattering nickname "Real Barraca" or royal barracks. In 1794 a fire destroyed the building and a large part of its valuable belongings.

The rulers created it again in its present form of today. However, the building of the new palace halted several times. Financial problems, political upheavals and, as a low point, the flight of the royal family to Brazil in 1807 out of fear of the Napoleonic troops, thwarted the plans of the builders. As Dom João the VI returned to his court from Brazil in 1821, the palace was still unfinished and could only be used for protocol ceremonies.

Two years later, King Miguel selected the palace of Ajuda as a residence and forced the completion. In order not to hinder the construction work, he moved to the palace Necessidades in the district of Estrela, but never returned. With King Luís, the palace of Ajuda finally gained life. In 1862 Luís married the Princess of Savoy, the daughter of the Italian King Vittore Emanuele II. In the same year, changes to the interior decorations began. Parquet floors, murals, stucco ceilings and new furniture for the halls were selected. The wedding gifts from Italy also served the new decoration.

The last inhabitant of the palace of Ajuda was King Manuel II. He was the son of Dom Carlos, who fell victim to an assassination in Lisbon in 1908. Manuel II did not stay on the throne for long. He abdicated in 1910, left the palace and went into exile. This marked the end of the Portuguese monarchy. For the population of Portugal Manuel hardly played a role, the last king was Dom Carlos. Even during the dictatorship in 1968, the palace was opened to the public to give the people insight into the royal family of the late 19th century.

Since 1996, halls and facilities have been restored to strict specifications of historical research. In 2013, Dr. José Alberto Julinha Ribeiro was elected as the new director of the Palazzo Nacional da Ajuda. His goal is to restore to the palace the due importance that it has in Portuguese history. Thanks to his approval, the work of the photographers in the palace has become possible.

Only less than half of the palace has been built to this day. This year, those responsible started work on the unfinished west side. The visualization below shows what the 15 million dollar final building should look like. Visitors will be given access to the building from the west and will soon be able to admire the Portuguese crown jewels.

This great work was made in 2017 with ALPA equipment and Rodenstock/ALPA optics equipped with eShutter 250 electromagnetic shutter. Leica has since discontinued this product. Lenses in this shutter are therefore also discontinued. Should you be looking for a control option: ALPA still supports these shutters with Silex Mk II. 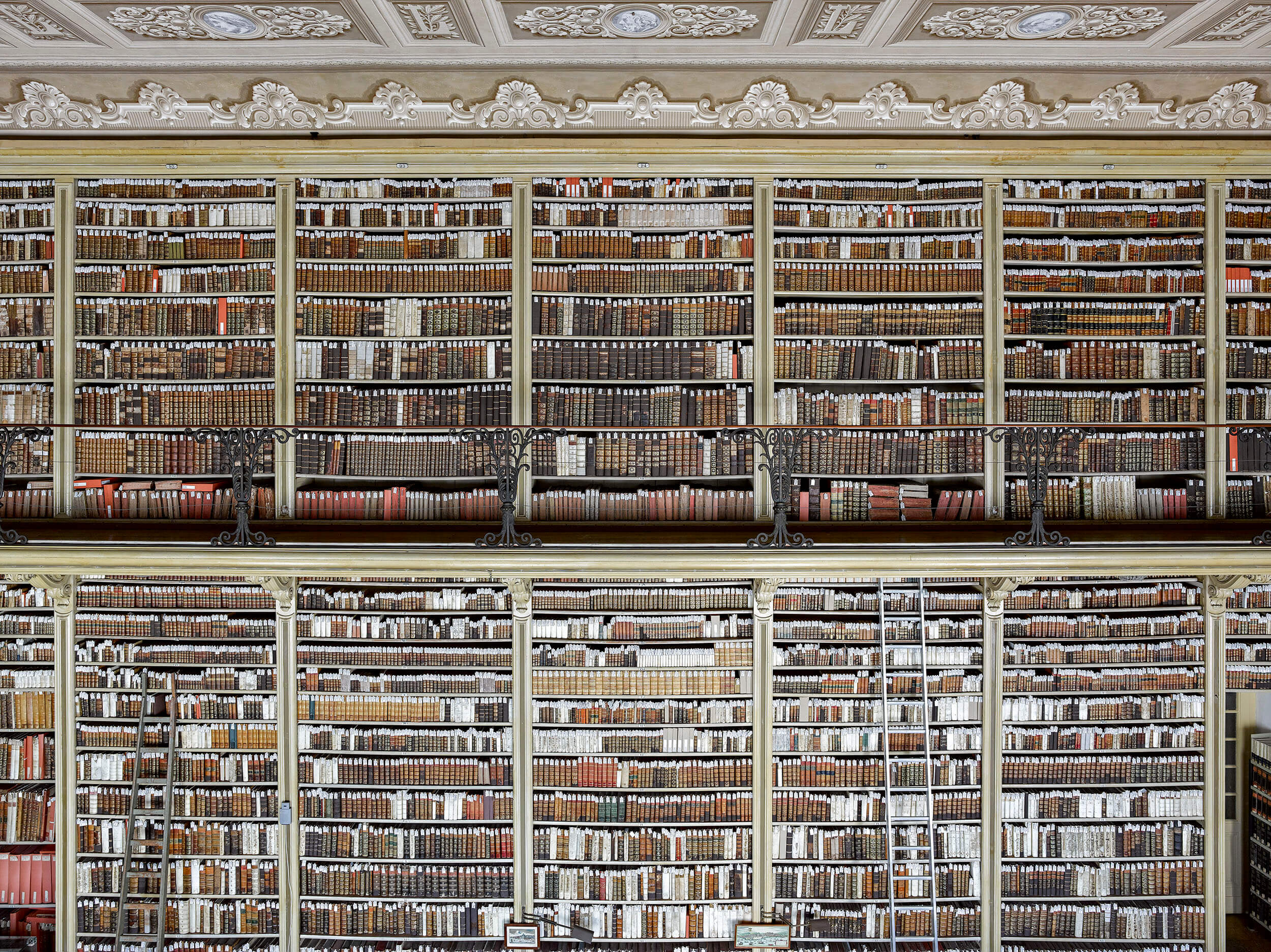 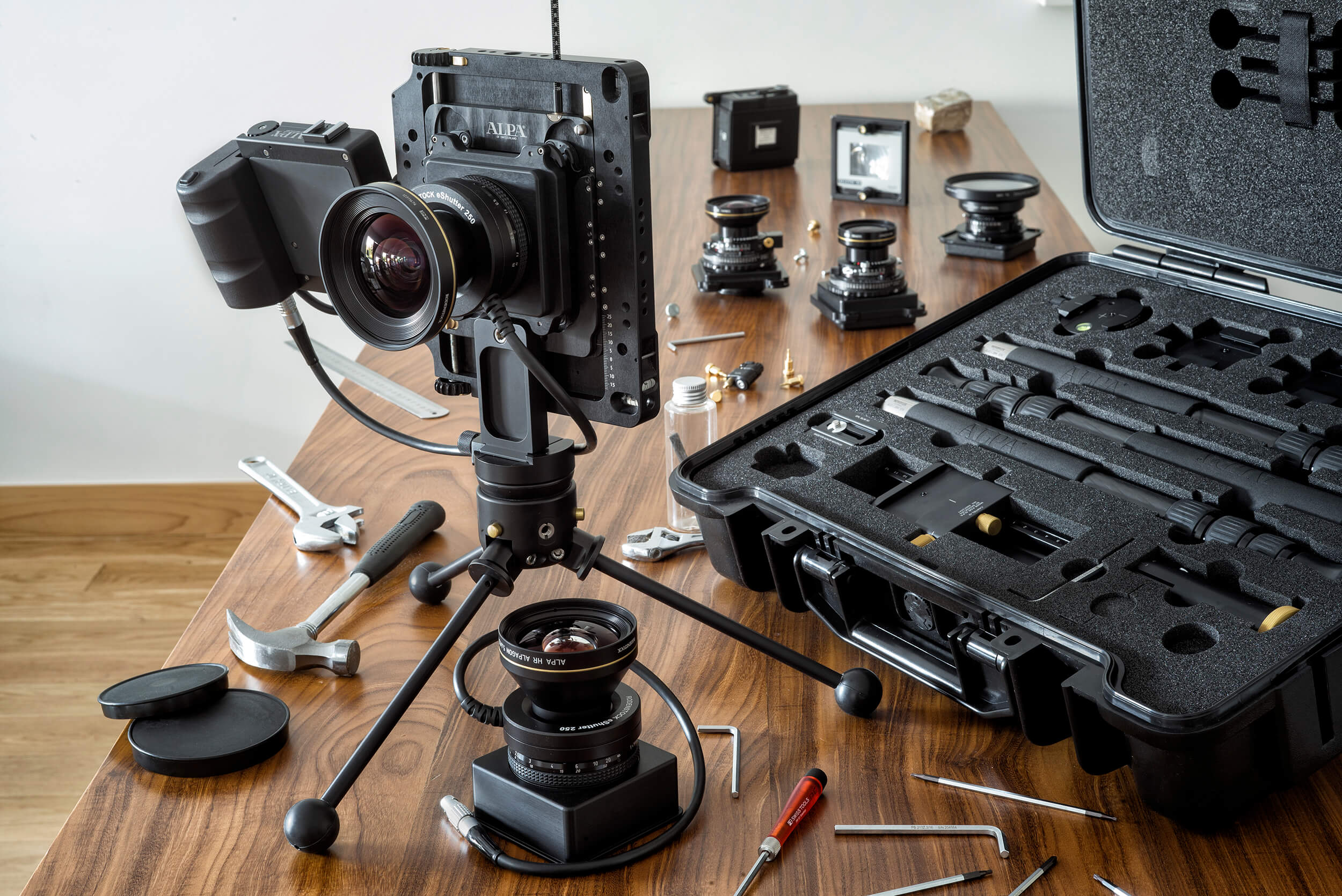 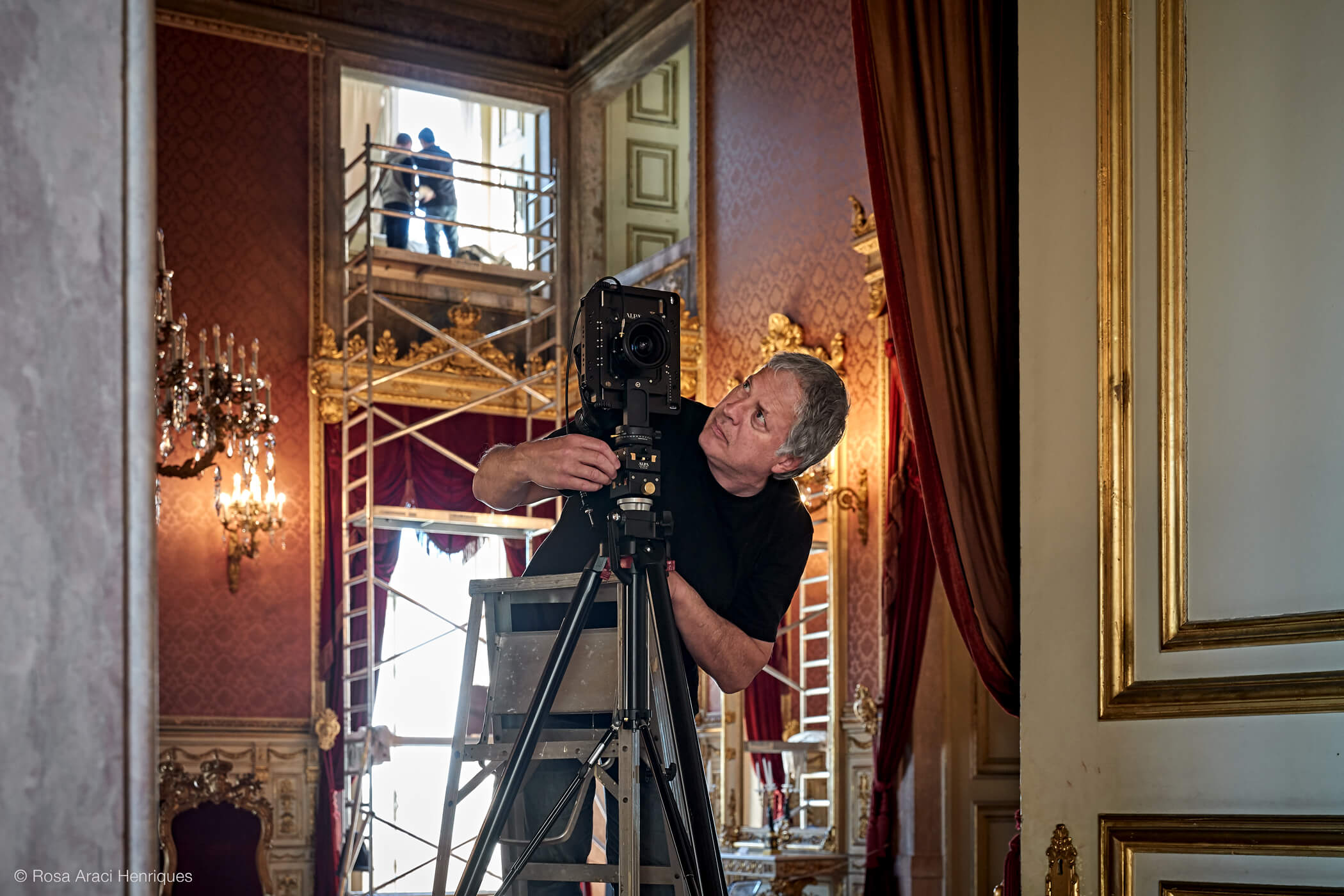 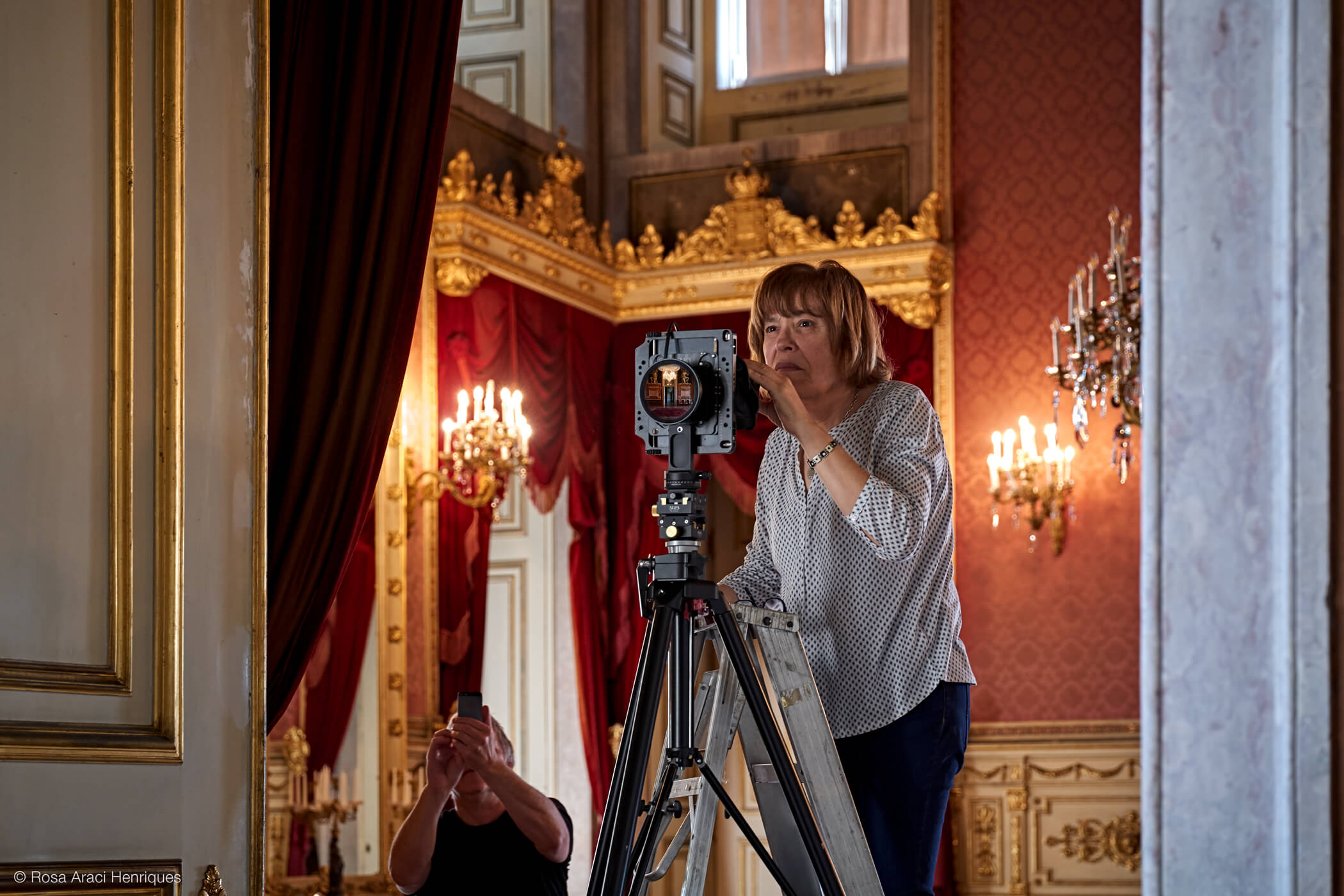 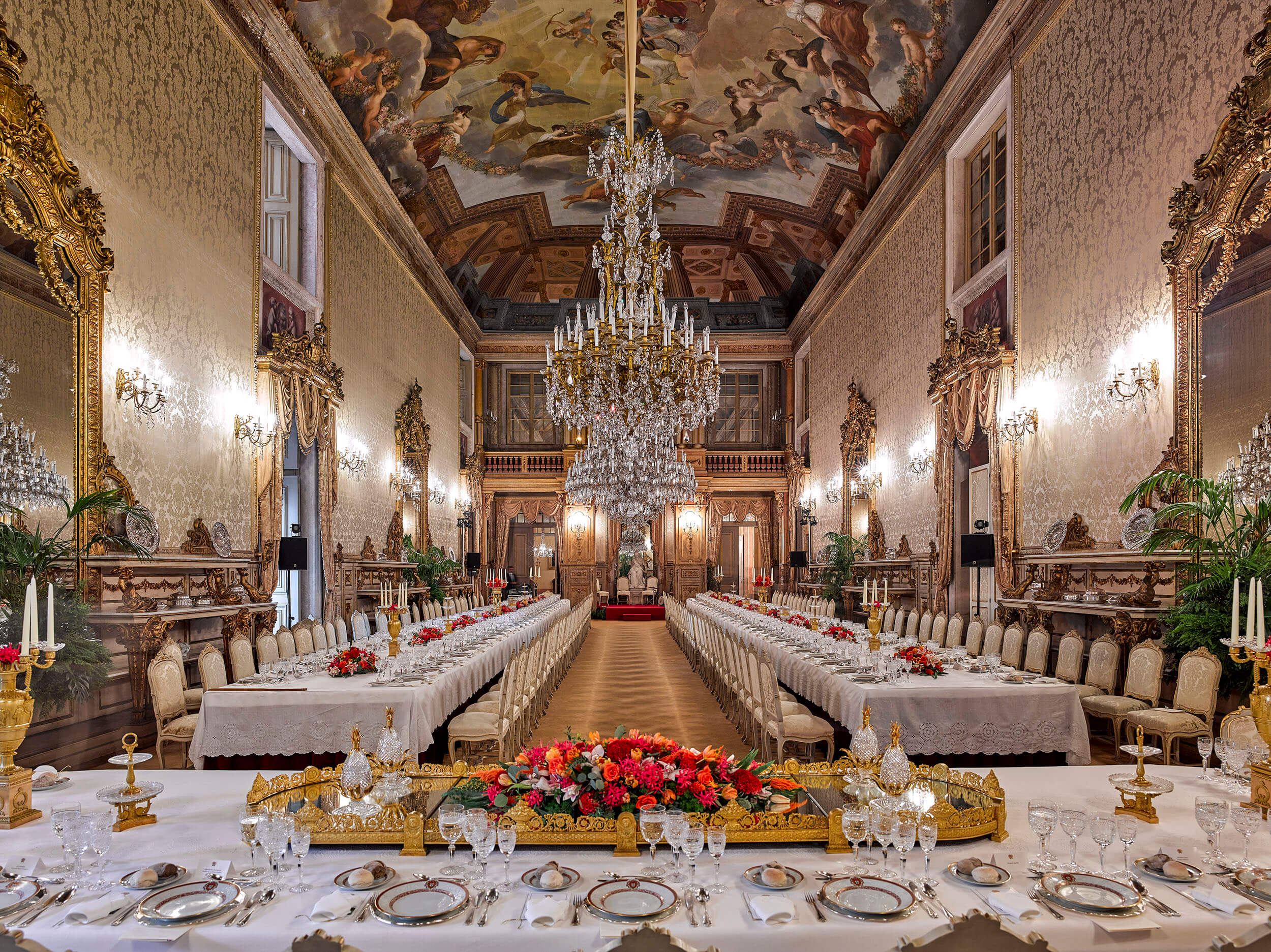 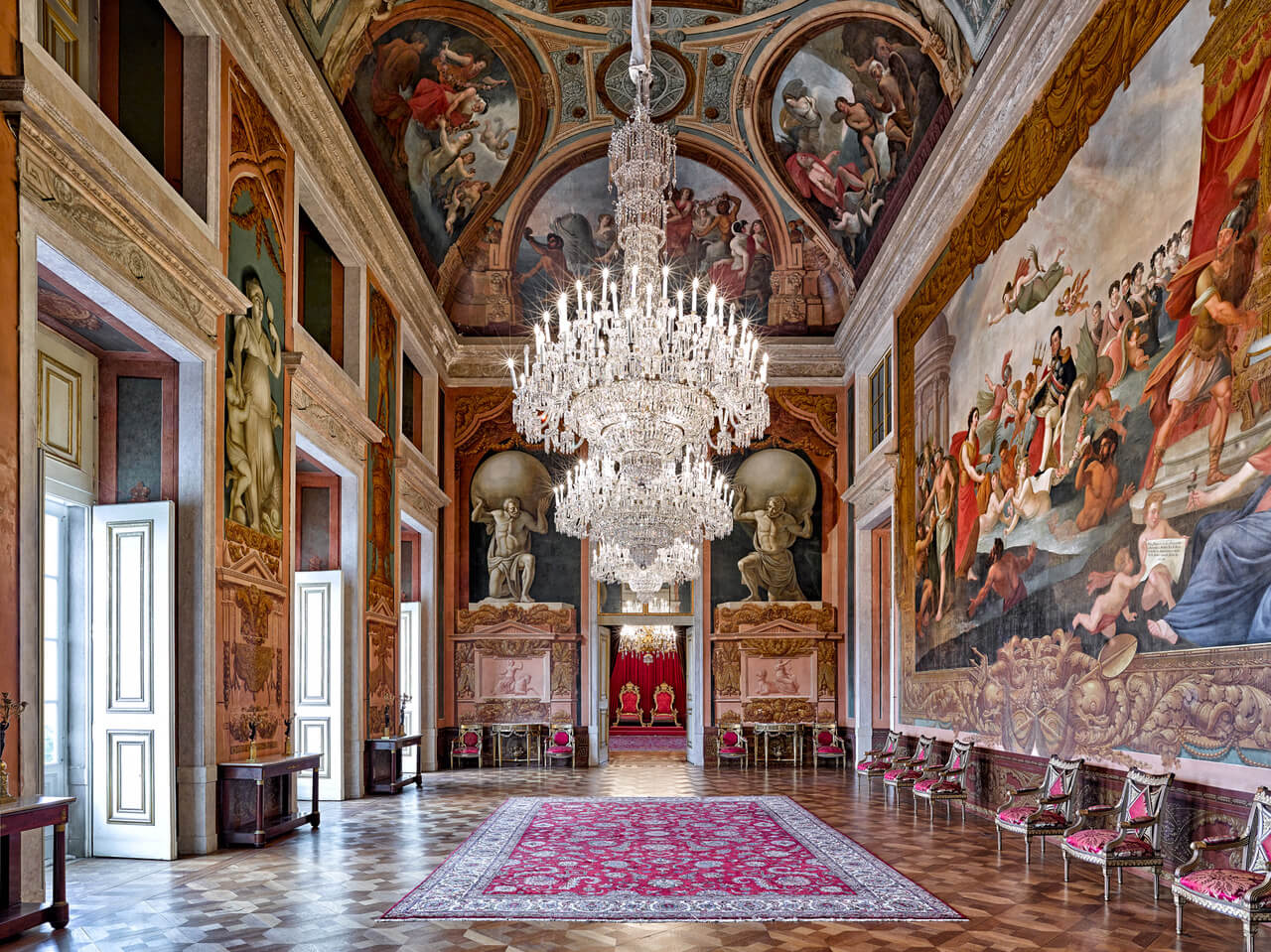 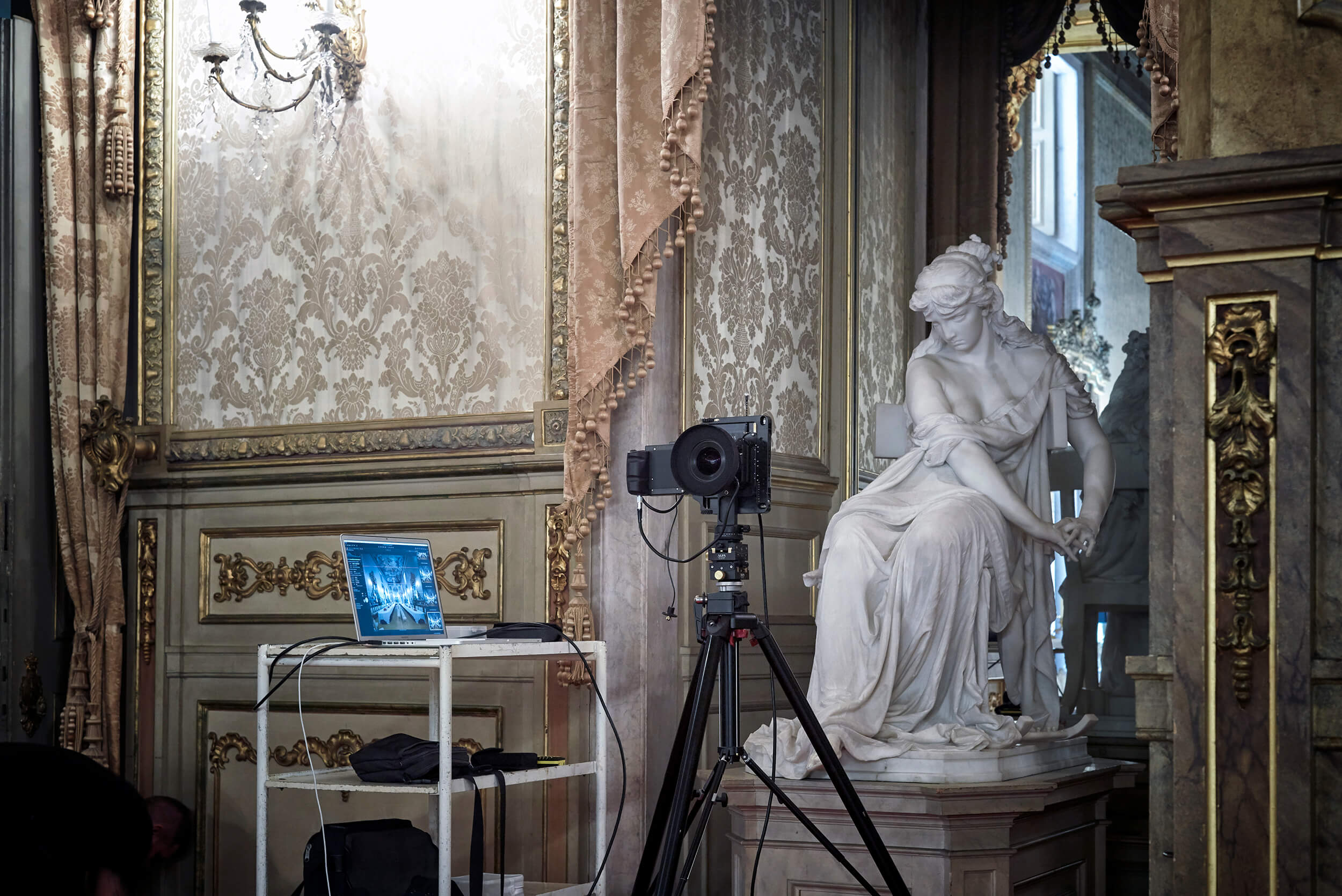 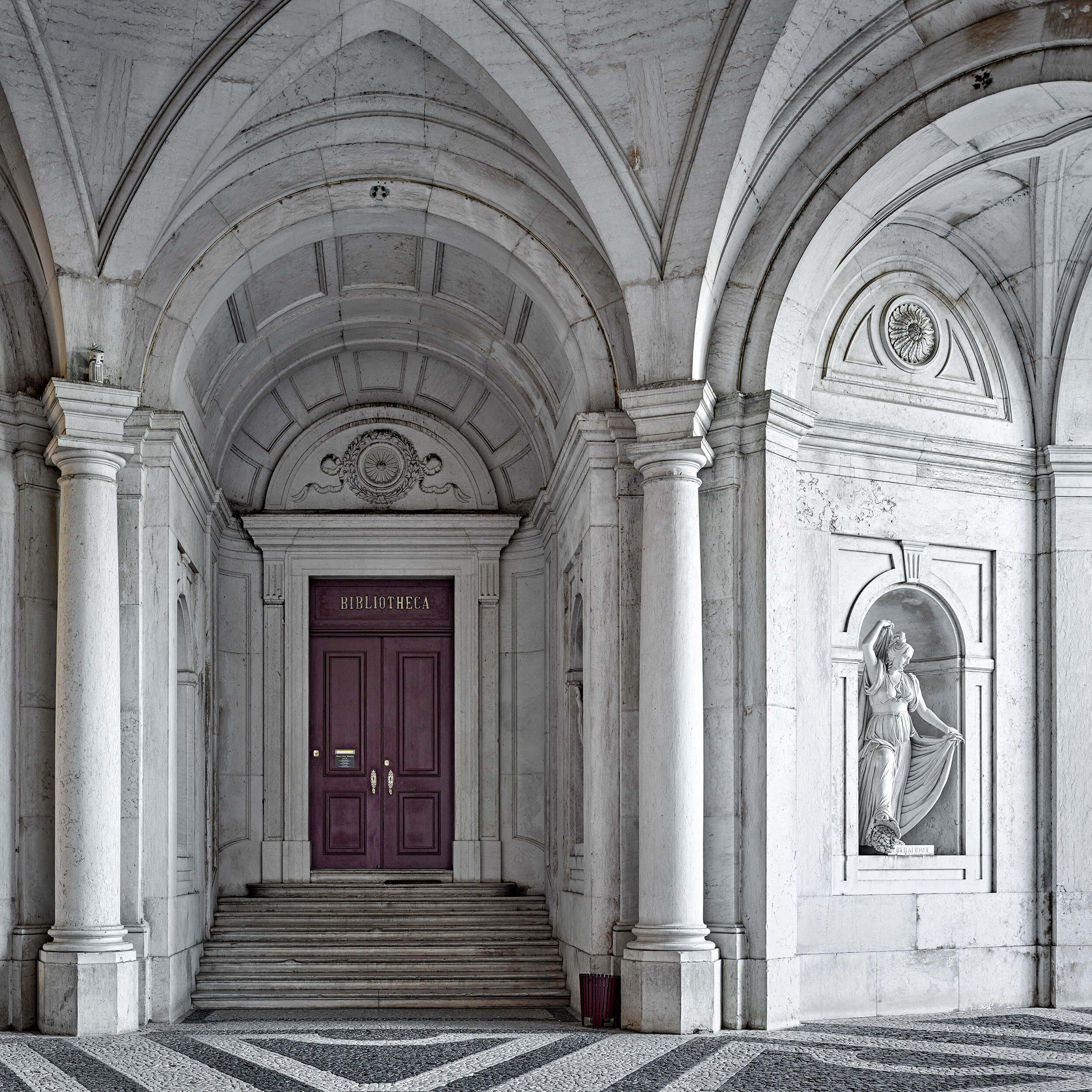 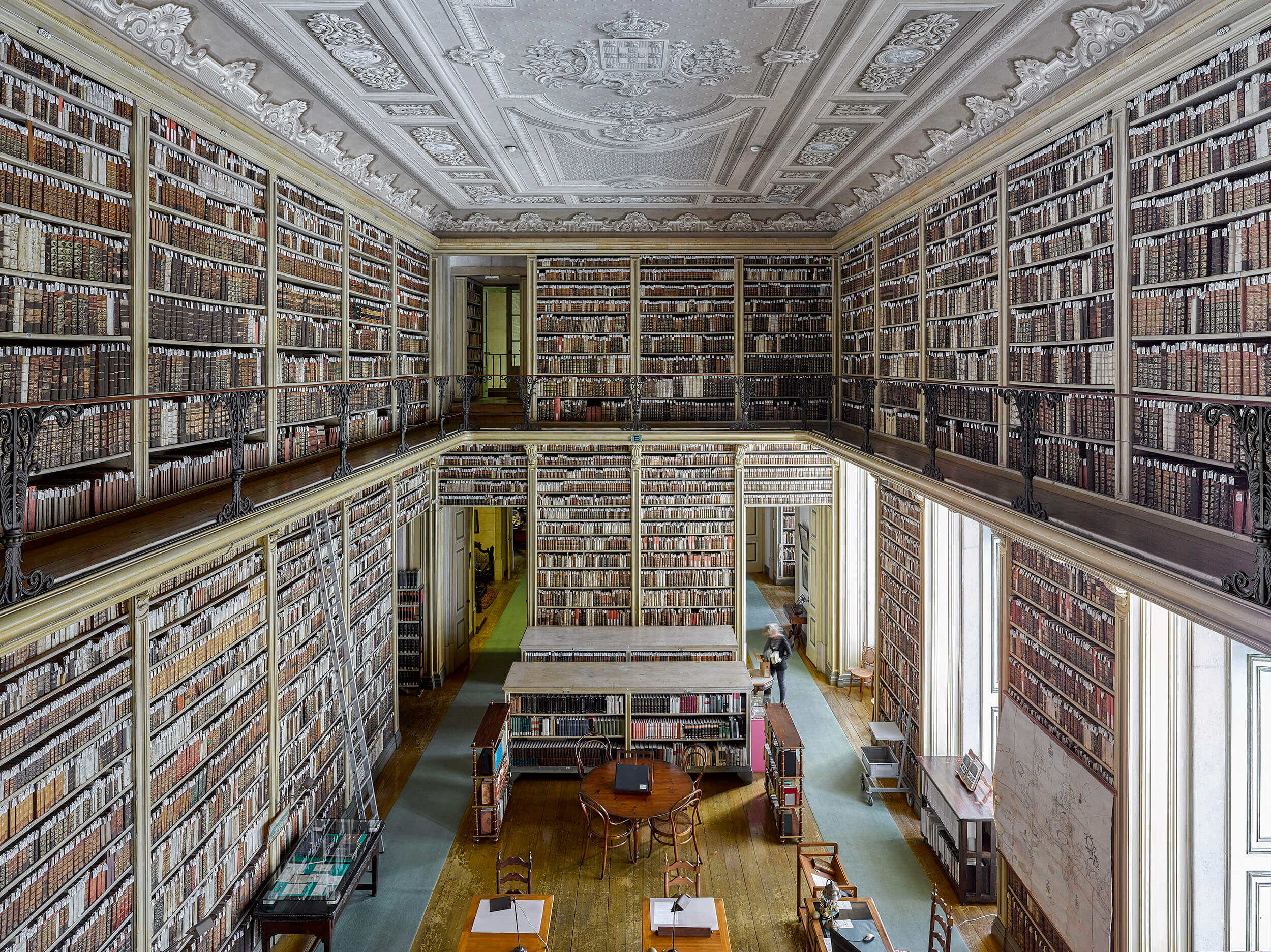 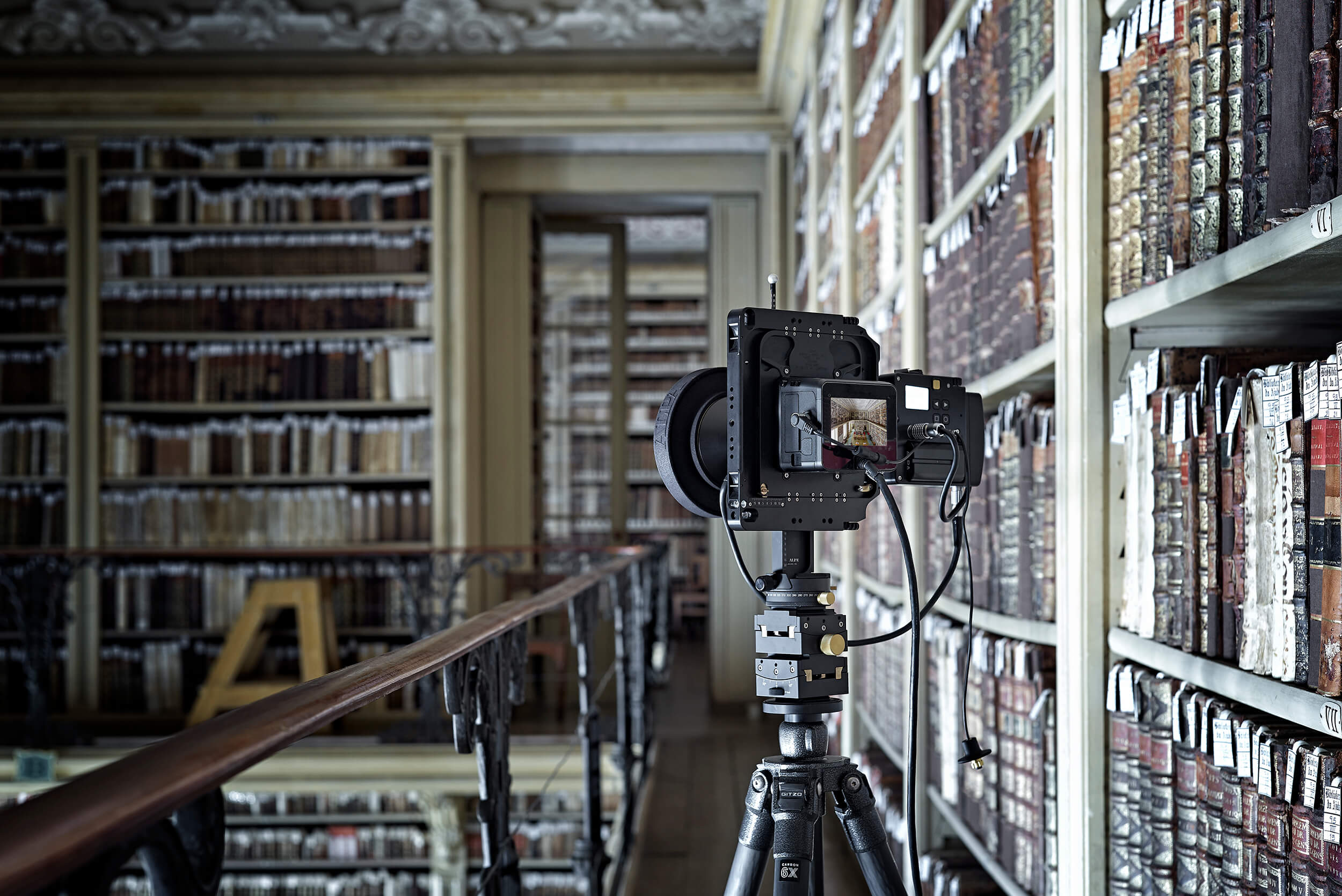 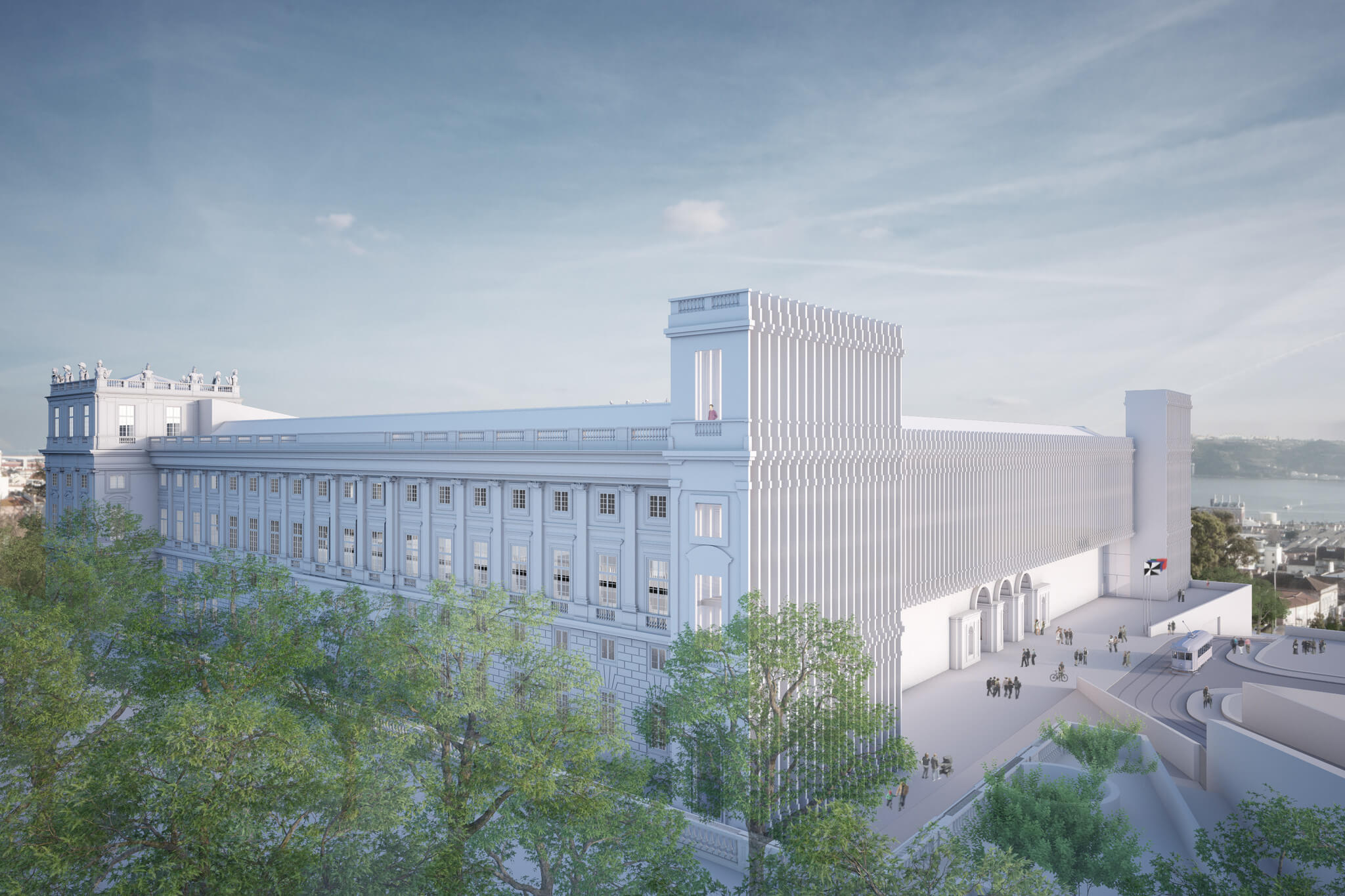 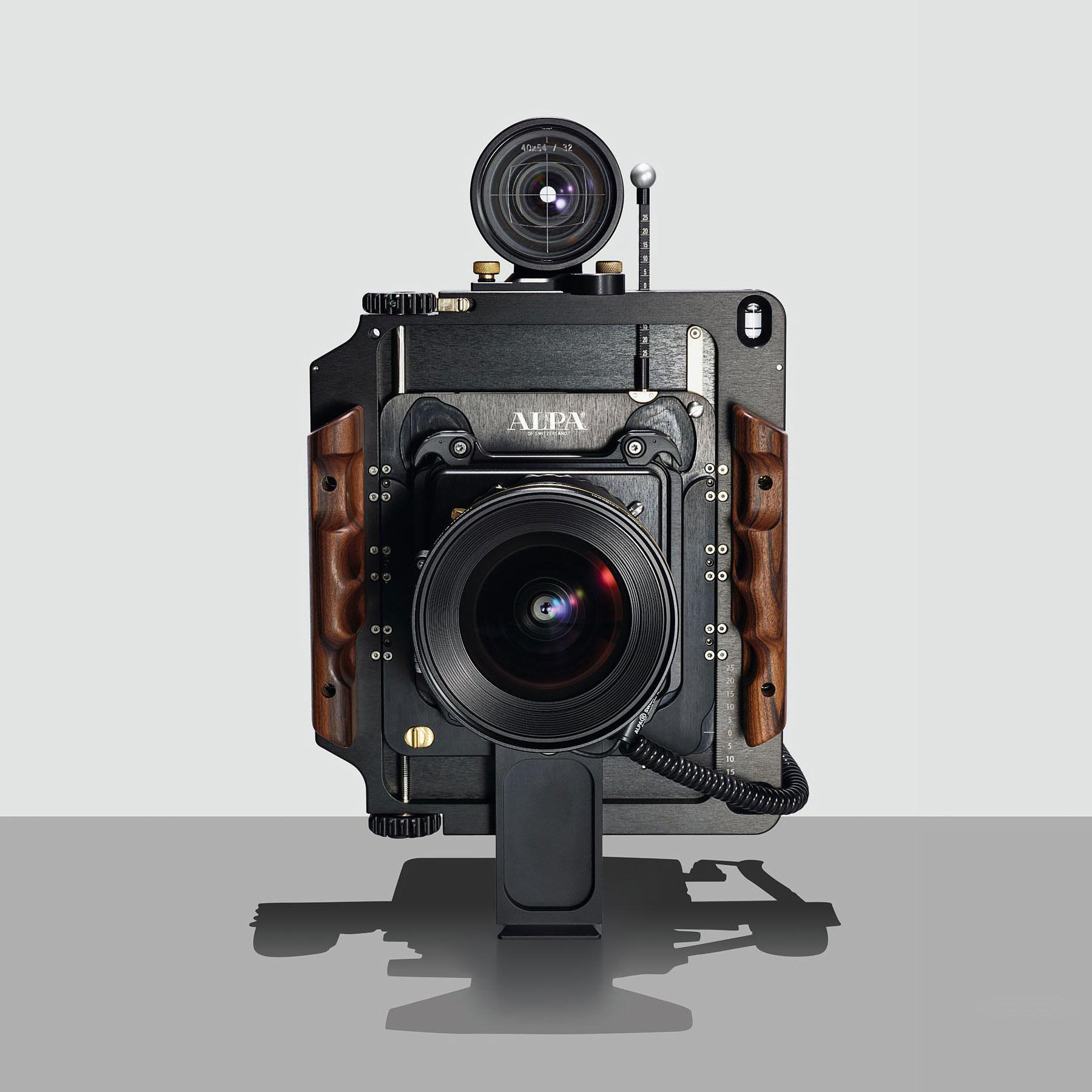 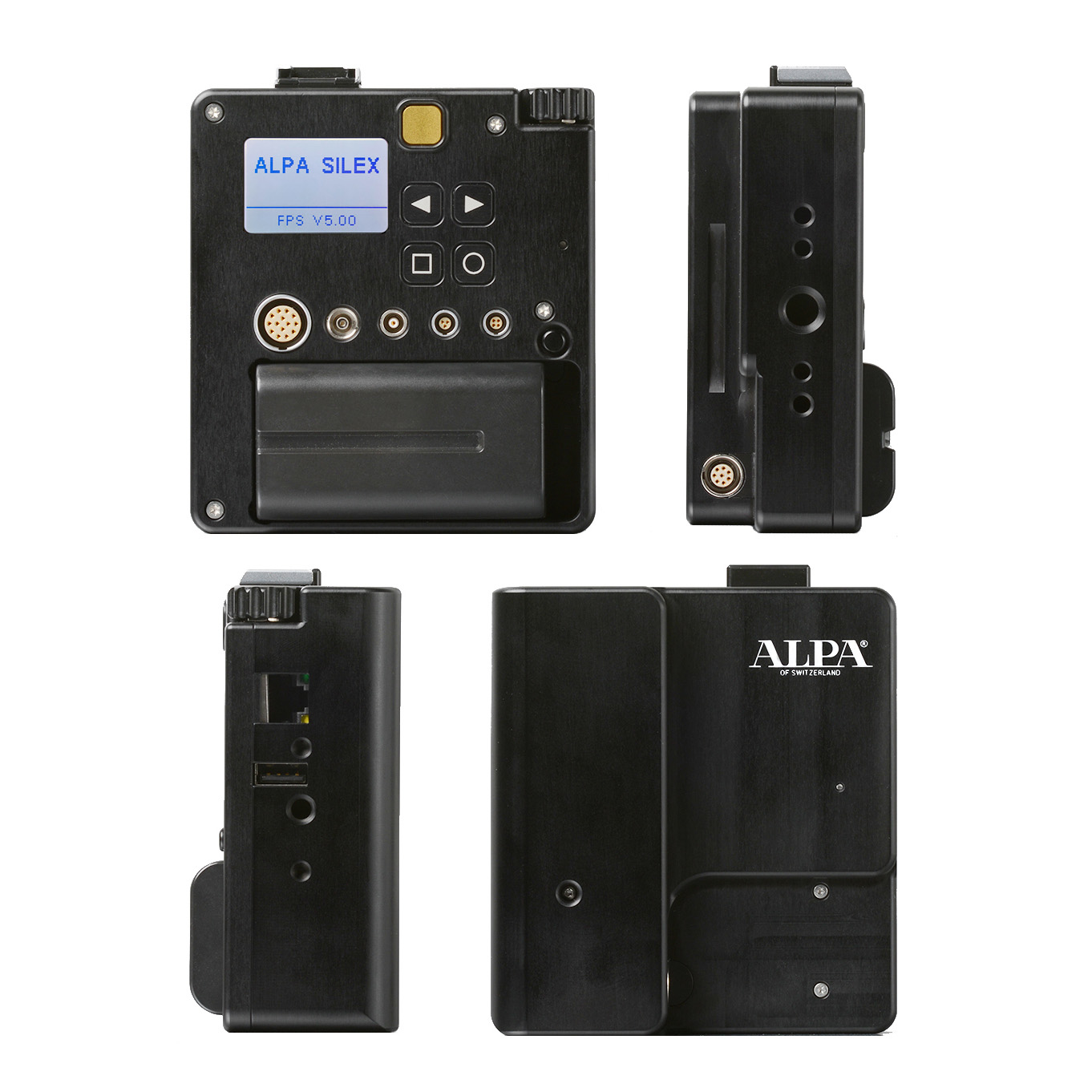 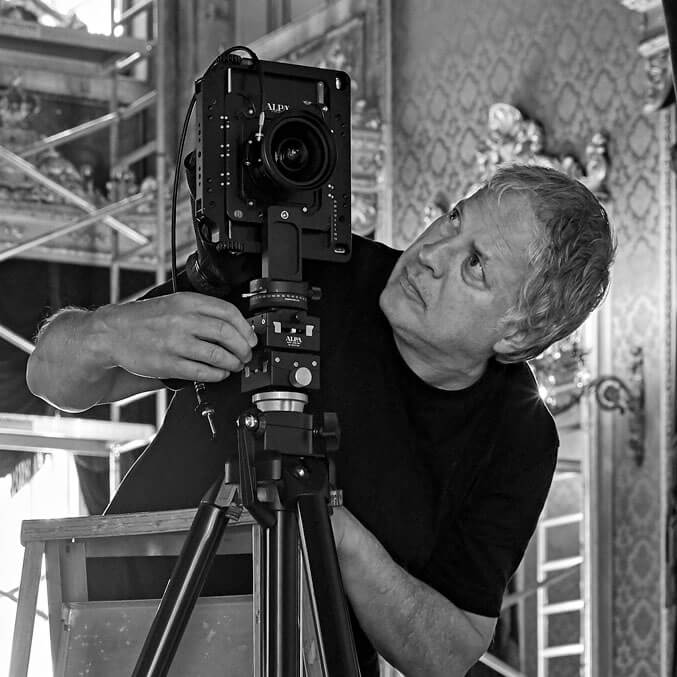