At times, Coop's new distribution center was the largest private construction site in Switzerland. ALPA photographer Jean-Jacques Ruchti has accompanied it with his camera. A book about the special construction has emerged from the pictures. 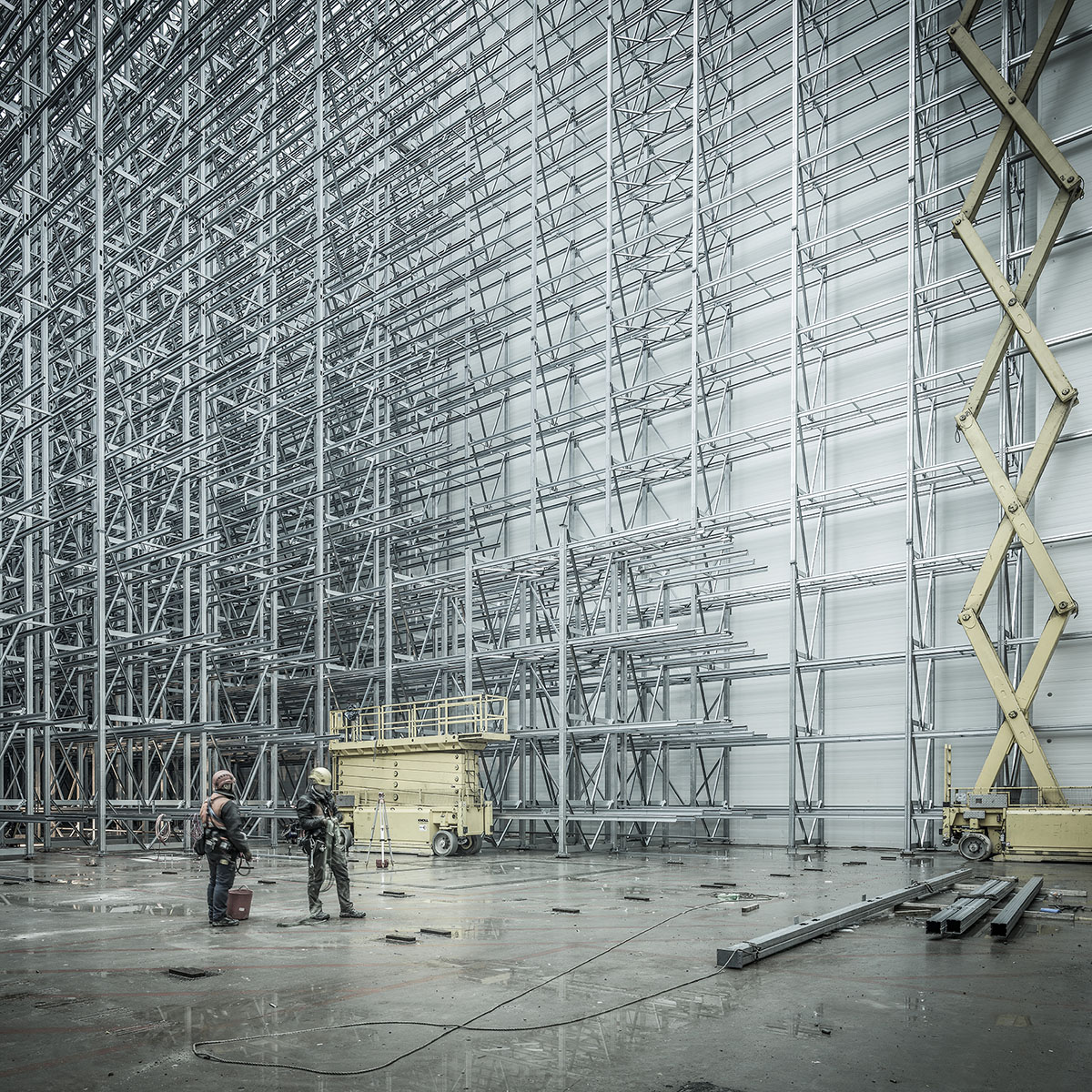 With his pictures featuring the new logistics center of Coop, ALPA photographer Jean Jacques Ruchti has captured one of the largest construction projects in recent years in Switzerland. He received the order from Industrial Engineering AG in Zurich, which specializes in industrial buildings.

The photographs are part of a company's publication that documents the work from the beginning of 2012 until the end of the year 2016 and also the extent of the construction. In the construction pit next to the A1 motorway, three football fields would have had space. Since summer 2016, the new distribution center, the largest bakery and confectionery in Switzerland and a deep-frozen warehouse have been in operation. Overall, the project cost 600 million francs.‍

A world of its own‍

Jean Jacques Ruchti went about the project with his ALPA 12 SWA and the Rodenstock / ALPA HR Alpagon 4.0 / 32mm lens among others. As a back he used a Leaf Aptus II 12. The images showed in this post have all been created with this setup.

"Construction sites of this size form their own world with their own rules and conditions," says Jean-Jacques Ruchti about the particular challenges of the project. "The strain on people and materials is high, you climb over scaffolding, between construction machines and thanks to the work dust, the air is dusty everywhere. Due to the size of the system, a maze of different stages of construction stretch over hundreds of meters. Only through close contact with the designers of this colossus does the photographer succeed in capturing these decisive moments."‍

Comparison with the Gotthard tunnel‍

The new distribution center is a huge milestone for Coop. Joos Sutter, the chairman of management, compared the significance of this for the company with that of the new Gotthard Basistunnel for Switzerland.

Three central functions are linked to the site. Today around 600 employees produce 60,000 tonnes of bread and pastry products each year. The site also includes the Swiss distribution center for frozen goods as well as the regional headquarters for Zurich, Northwest and Central Switzerland with around 350 stores.

The bakery draws the electricity from a heating center, which is located on the site. A photovoltaic system on the roof of the high bay warehouse also supplies the site with solar power. The bakery and the distribution center are connected by a Skywalk - the longest in the country. 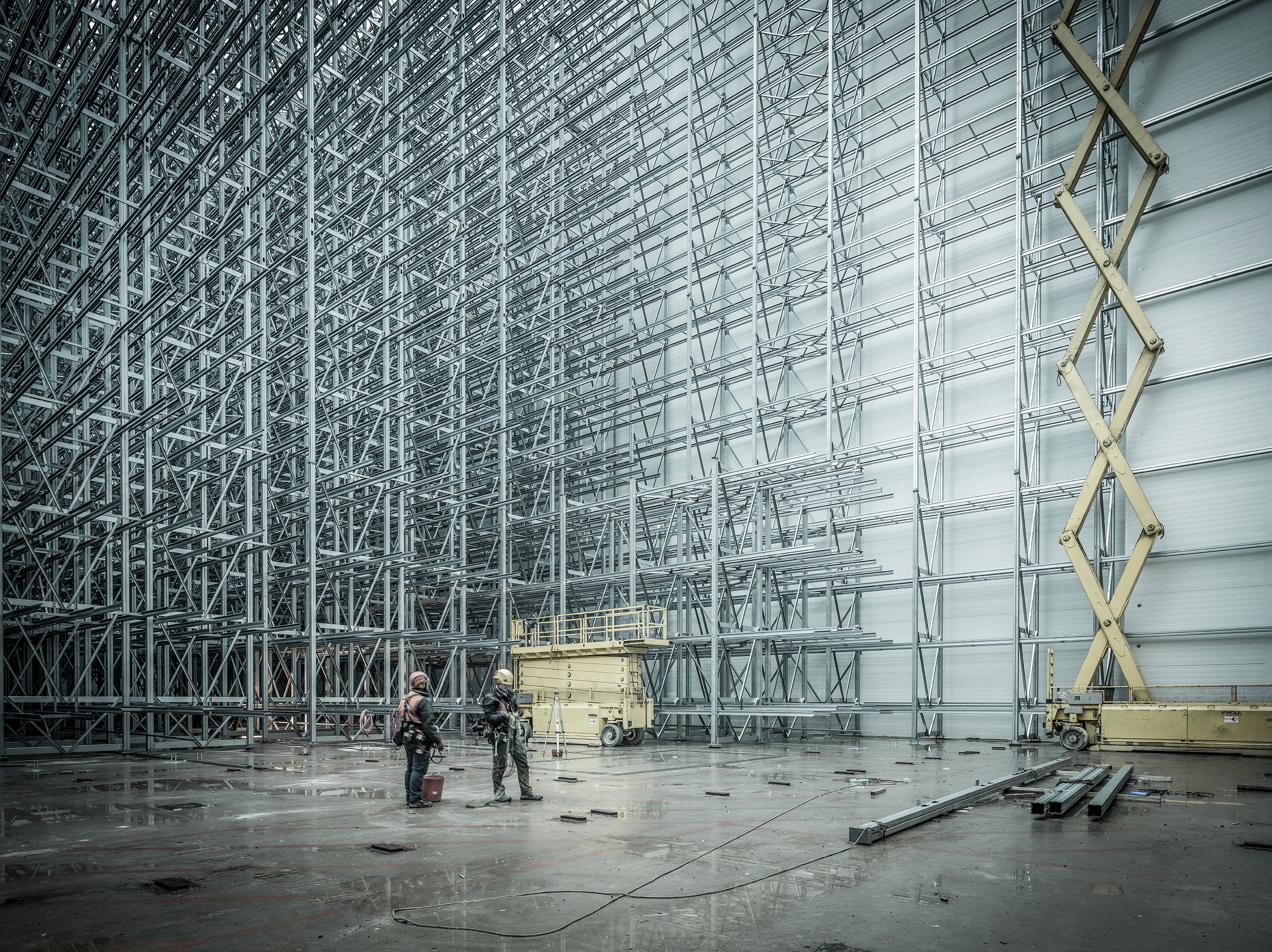 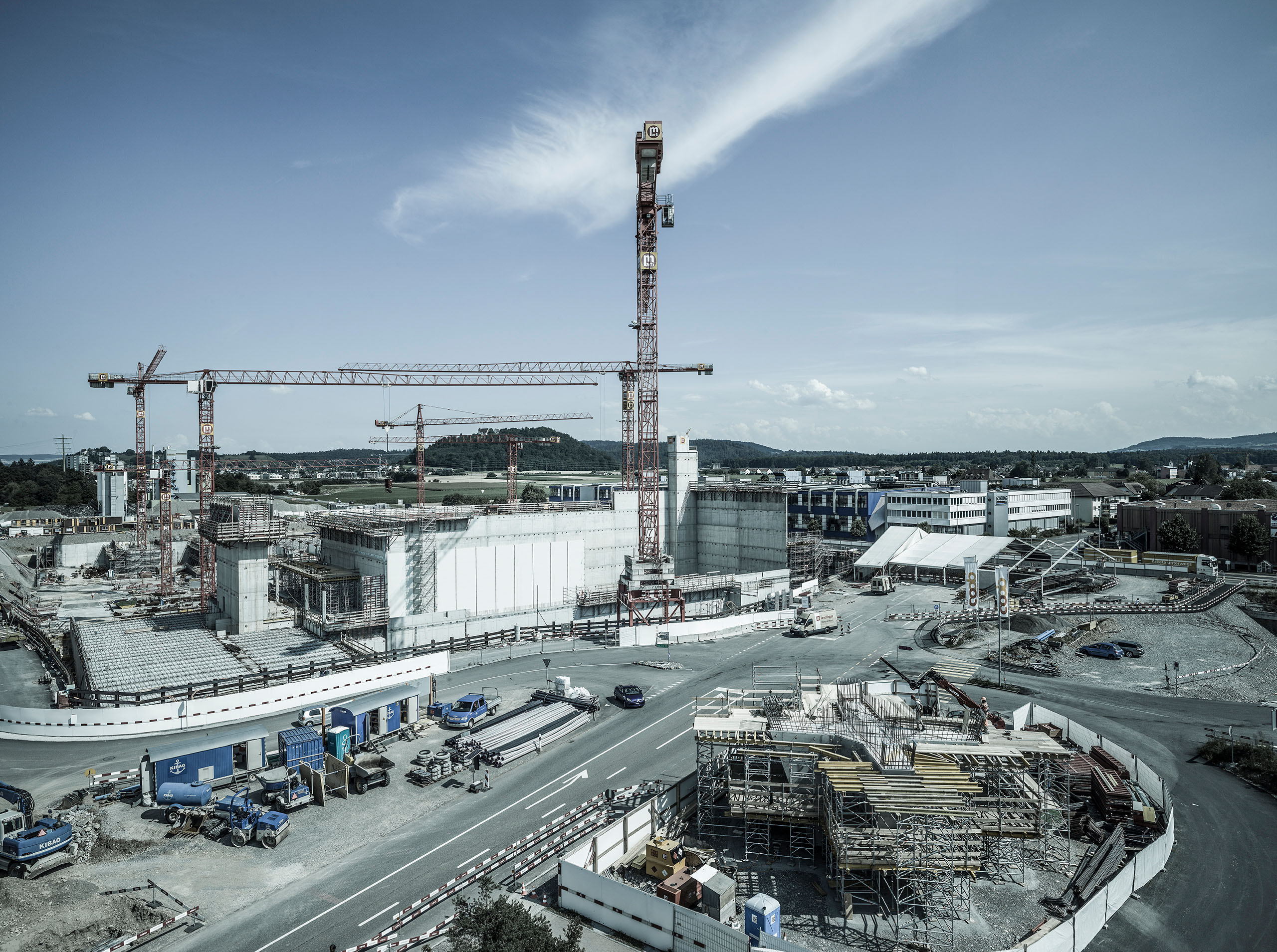 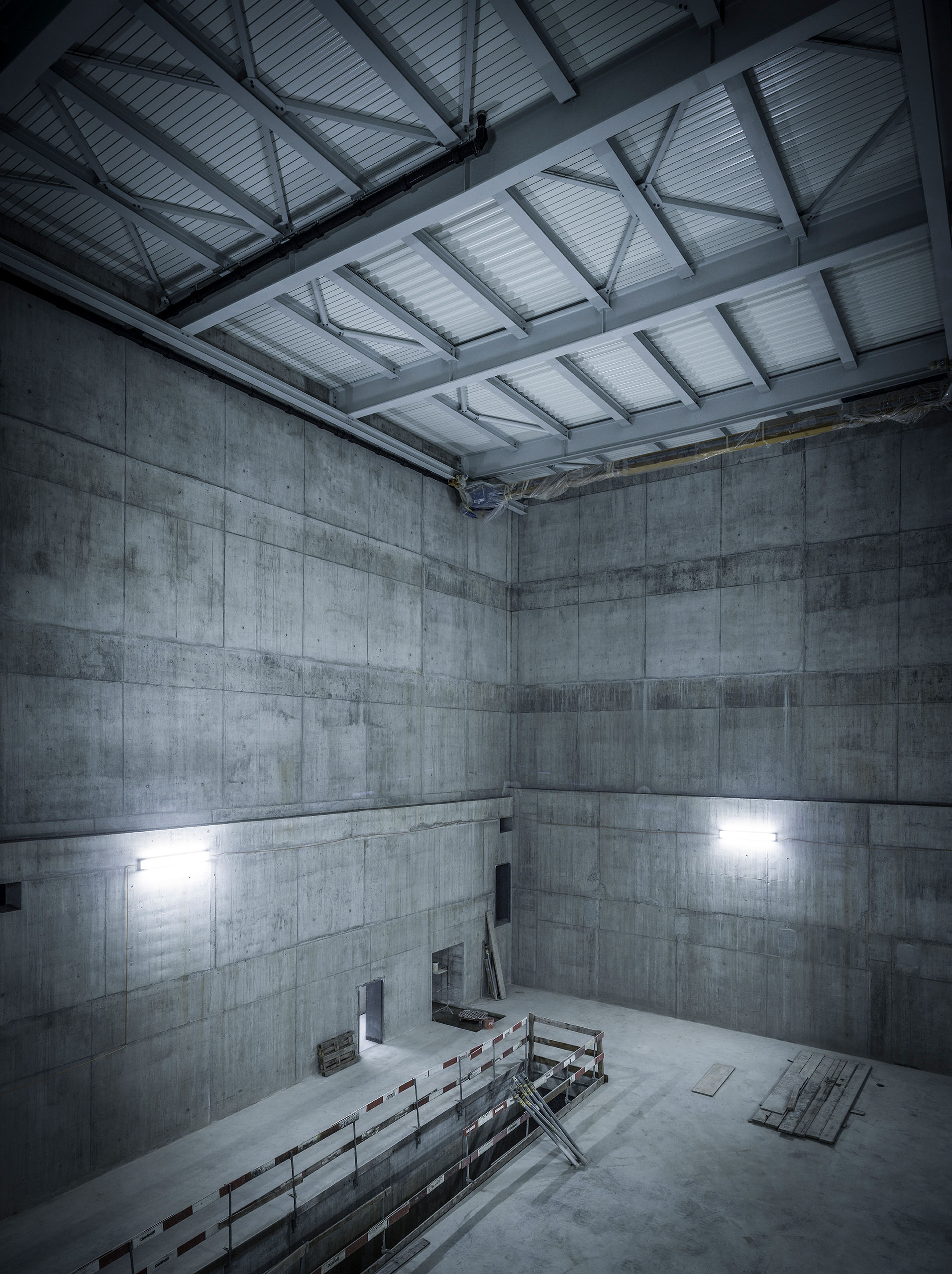 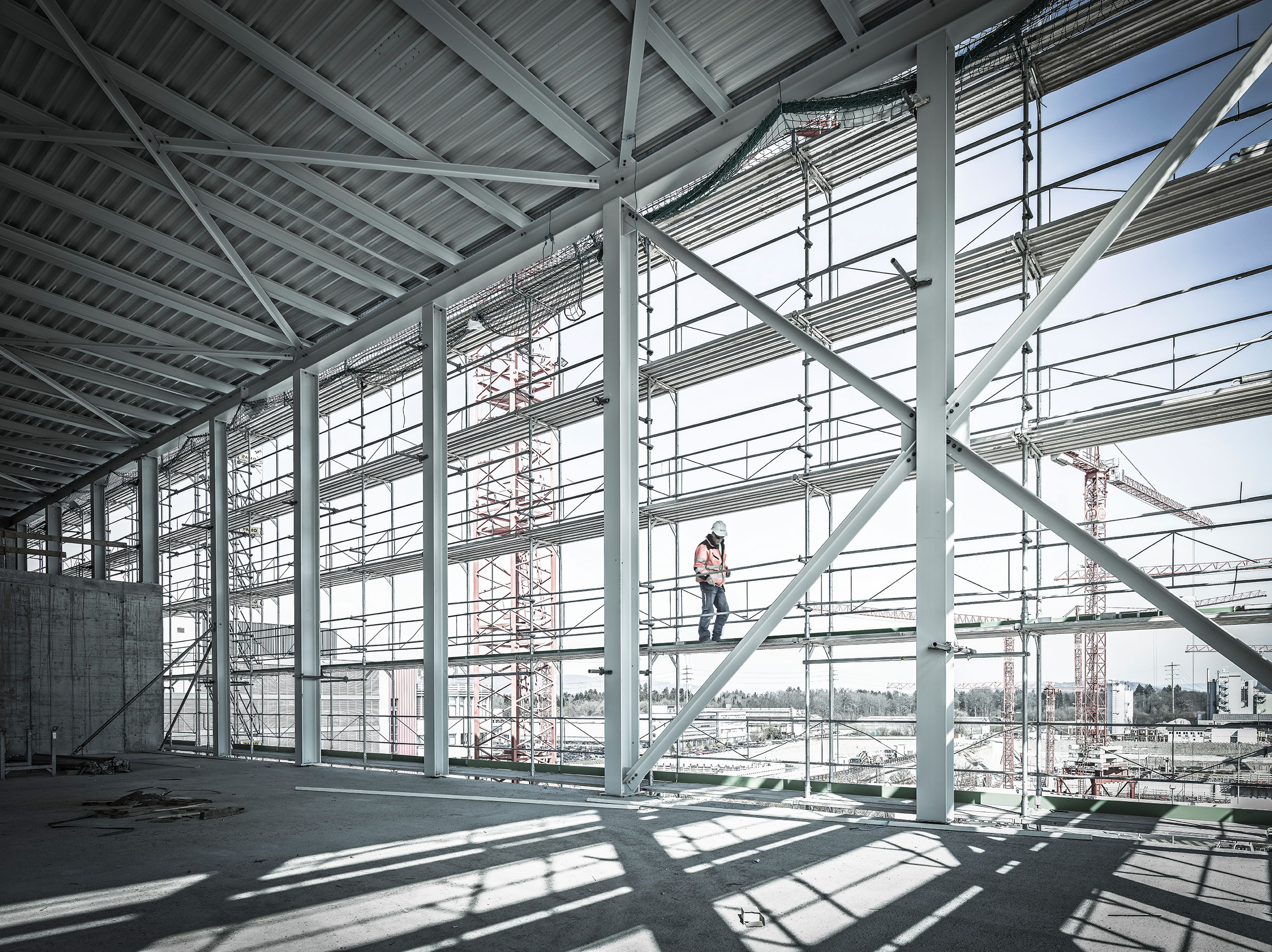 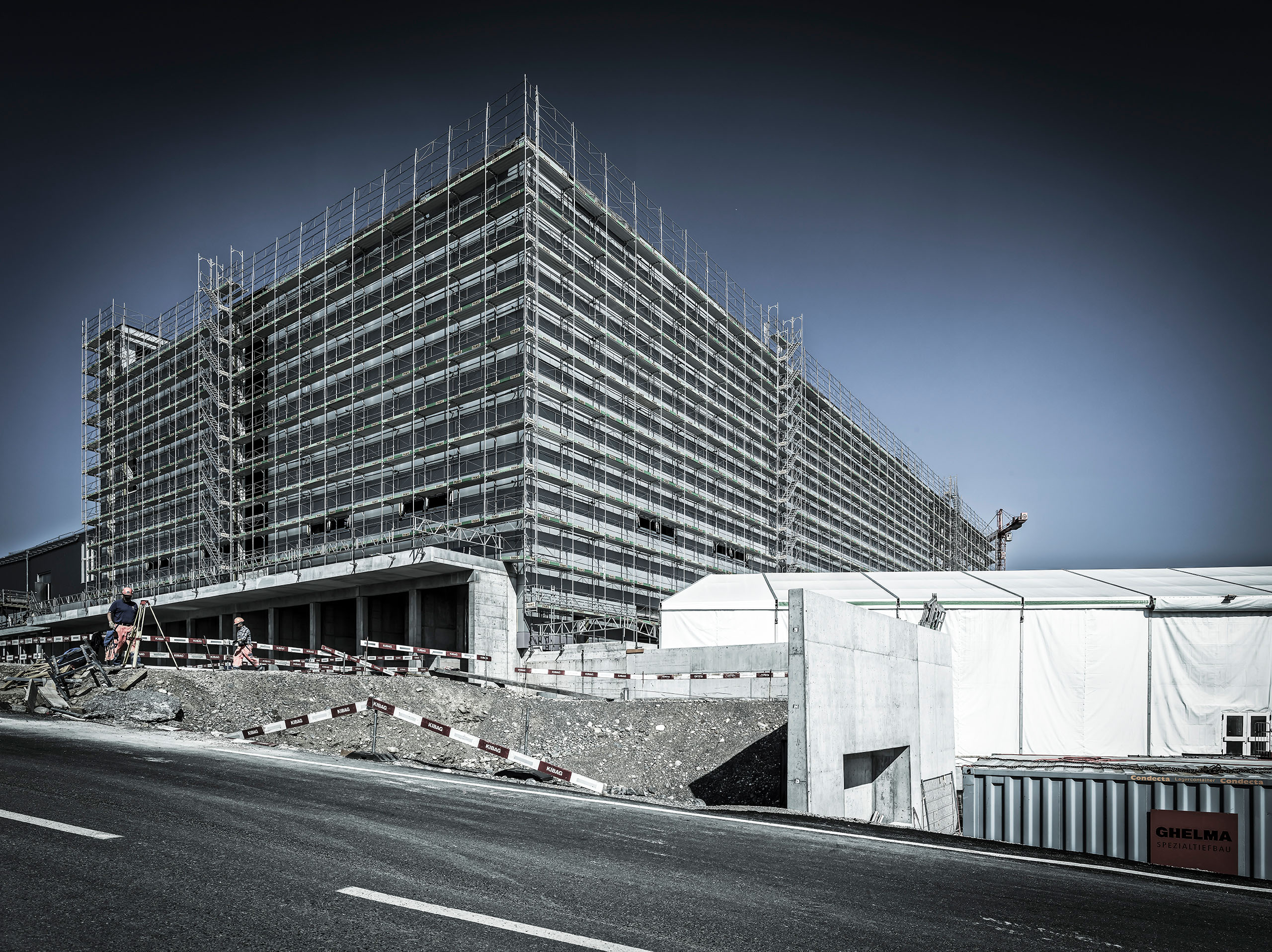 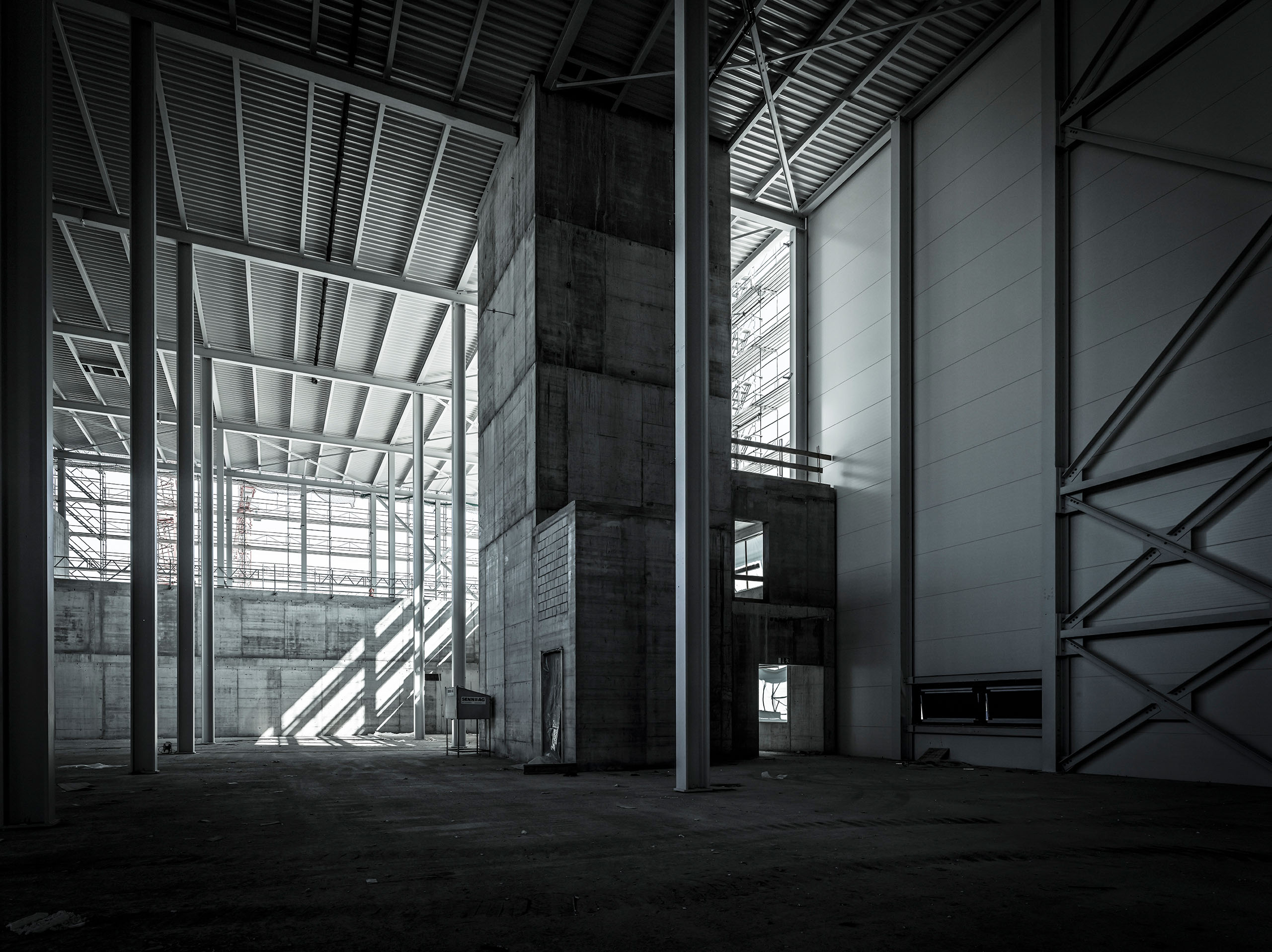 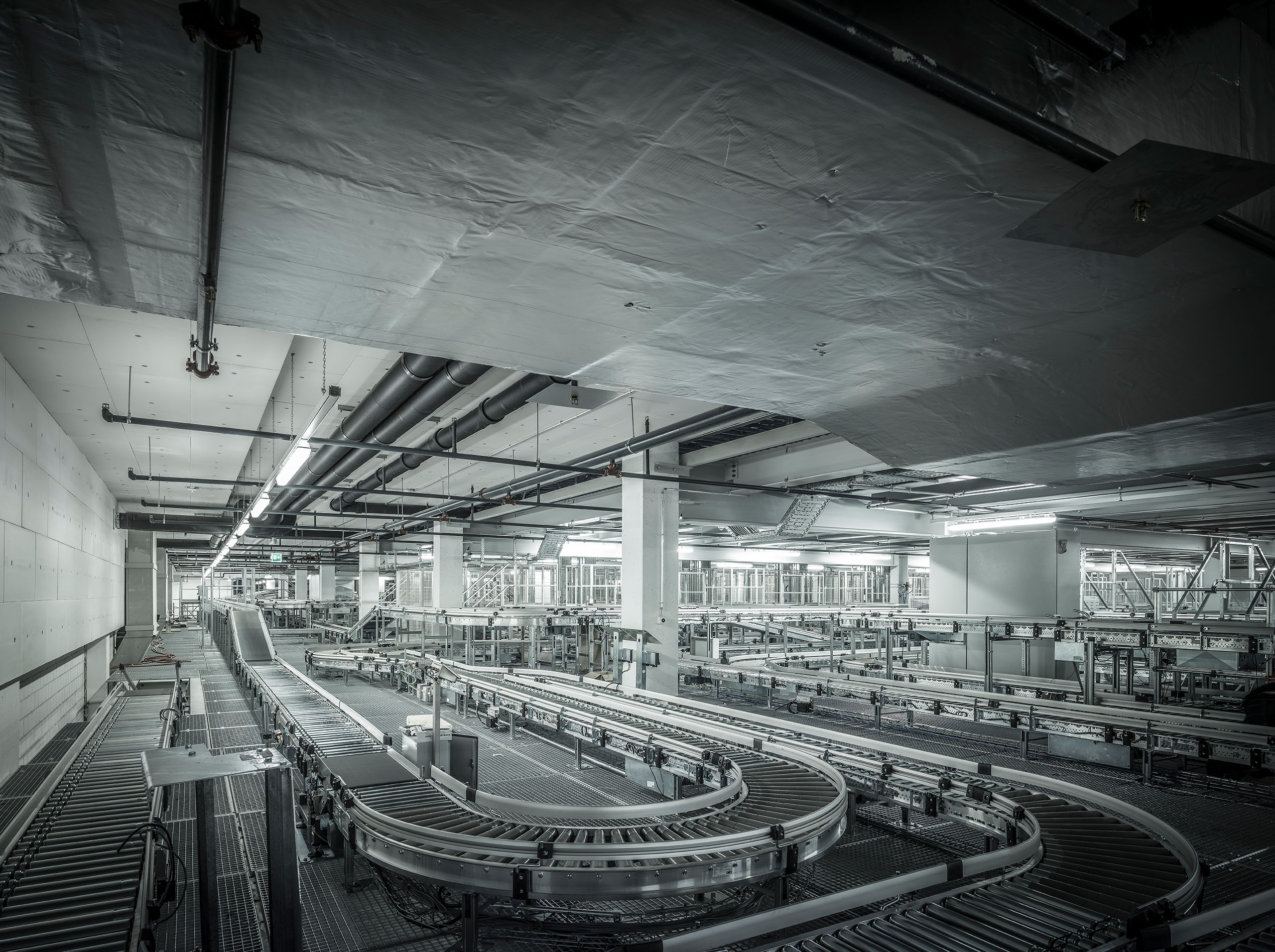 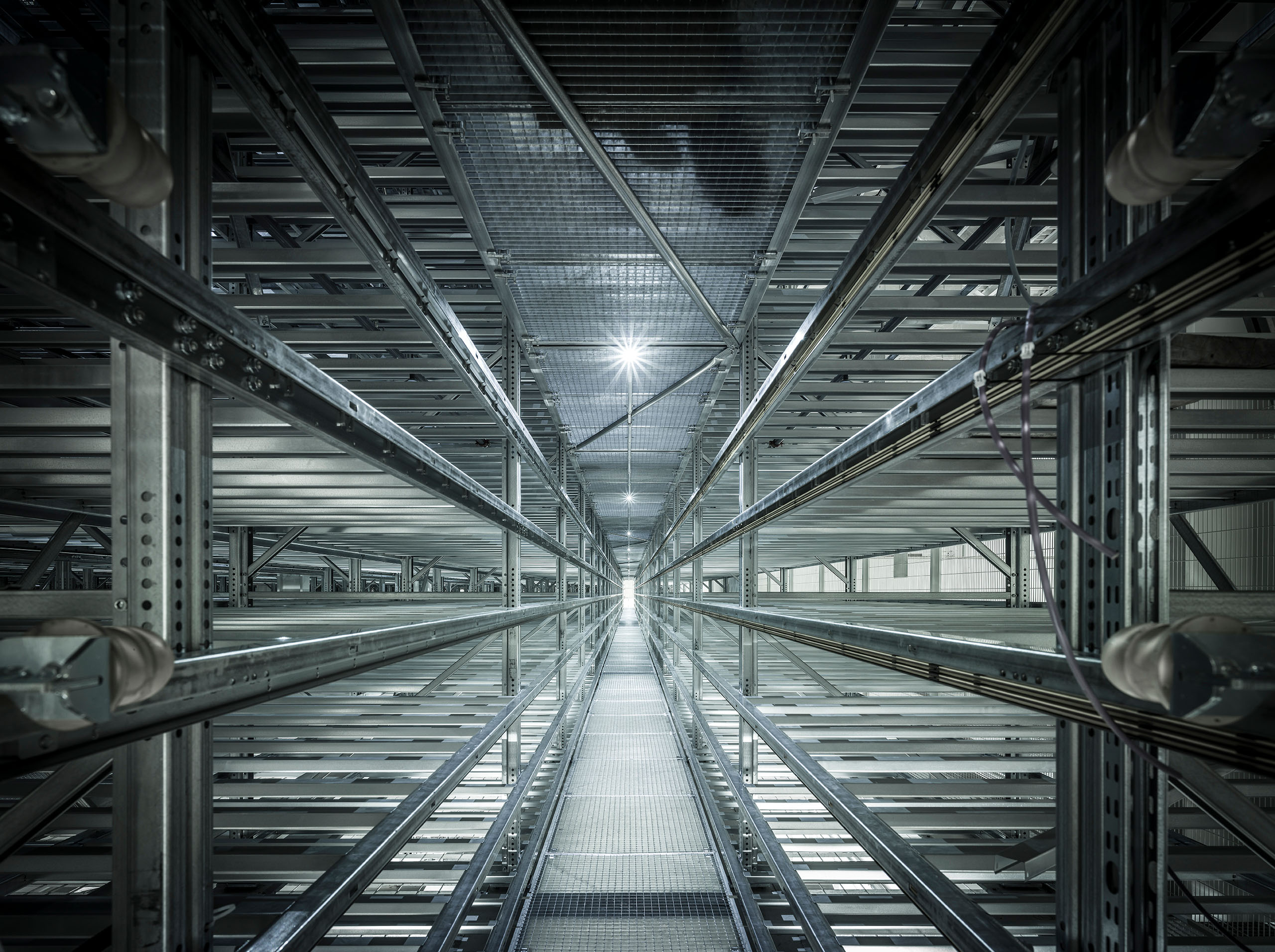 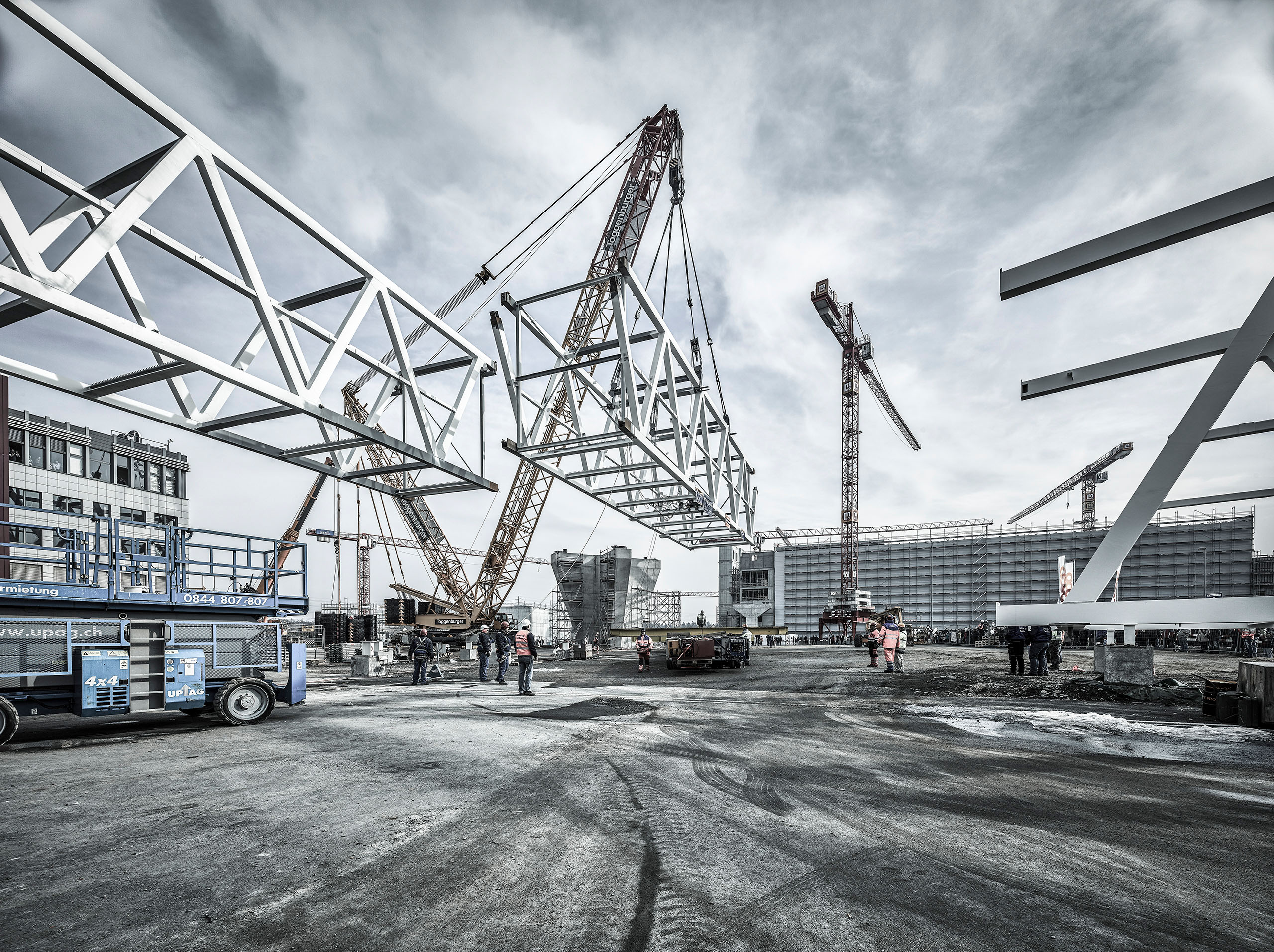 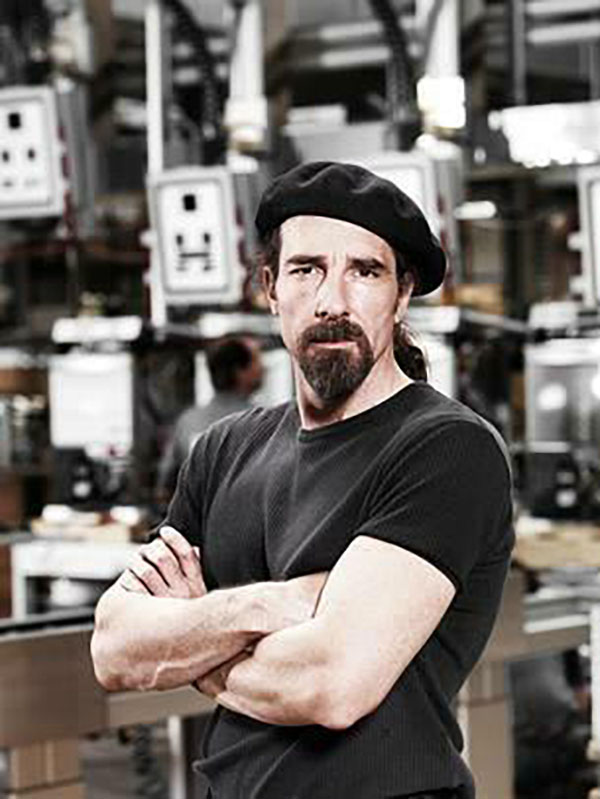