Planning and Scouting With the eFinder II

ALPA’s eFinder II app converts your iPhone into a fully-fledged viewfinder and is the ideal tool for preparing shoots. 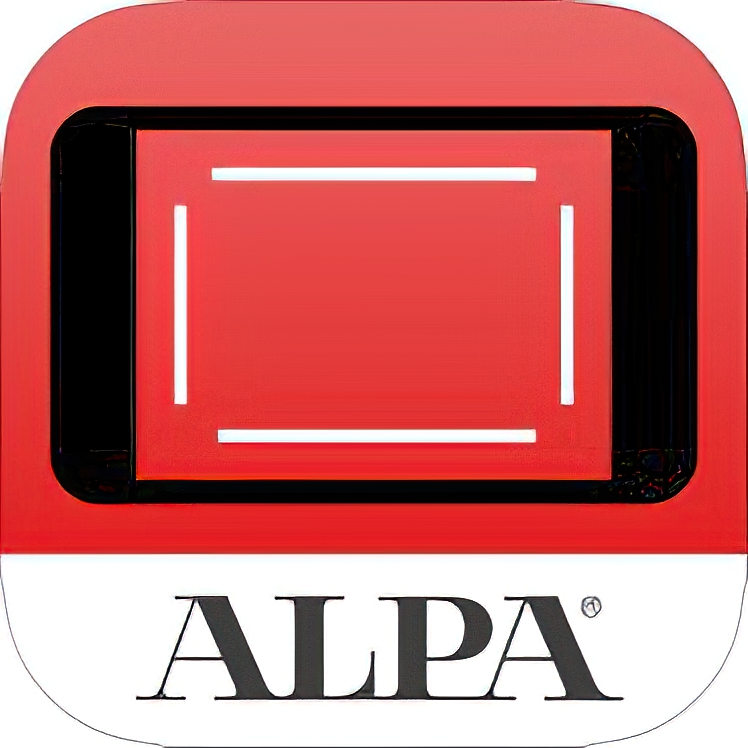 The ALPA eFinder II app gives photographers with an ALPA camera the opportunity to simplify their workflow and use their iPhone as a viewfinder. The app is a digital successor to the director's viewfinder, a device that lets directors determine the setting for a particular scene or shot. Thanks to the ALPA eFinder II App, locations and shoots can now be very easily explored and/or planned with the iPhone.

Photographers are able to define a setup for the desired subject from different ALPA cameras as well as any lenses. The photo frames of several different focal lengths can be displayed at the same time. Other features that ALPA has specially developed are shift simulation, parallax correction and an artificial horizon with compass readings (as a 3D spirit level). The GPS data for the photos can be stored, such that the locations examined can be retrieved at any time.

The eFinder app shows photographers exactly what they get with a certain setup for their picture. Together with the separately available holder, it can also be used as a fully-fledged viewfinder. The holder includes a wide angle converter. This simulates all ALPA wide-angle lenses, as well as those of other manufacturers, and shows a fully distortion corrected image.

Different frames show different focal lengths, which the user can select from the database. At the same time, picture-shifts can be simulated and parallax eliminated:

The ALPA eFinder II app is a useful tool for new ALPA customers or those who are considering the purchase of an ALPA. Because the medium format of an ALPA has a different aspect ratio than a 35-mm camera. In addition, using the shift function allows photographers to use lenses that need to be slightly less wide-angle than in the case of 35-mm pictures. Because of the differences, new users are often not sufficiently aware which setup is the one suited to their subject. We therefore recommend that you familiarize yourself with the new factors that are present, with the eFinder.‍

Version 5.1 available via the App Store‍

The latest edition of the ALPA eFinder II app has of late been available from Apple's App Store. It was implemented, on behalf of ALPA, by Dire Studio. The latest version 5.1 for iOS 9.0 offers users two key improvements. On the one hand, the developer Laszlo Pusztai has created a new action window, which is used, among other things, to share shots via email or social media. In this way, photographers can get their pictures, for example, to their clients or project partners.‍

The last version of the eFinder enabled up to five pictures to be sent via e-mail. With the new version, you can send a total of 20 pictures on devices running on 64-bit software and 10 pictures on devices with 32-bit software. This limit also applies to most other share functions and others still such as printing or copying – provided your service-provider has not set a lower limit of its own. New users can also send their pictures via AirDrop. This makes it particularly easy to transfer them from the iPhone to a computer. There is no upper limit.

The other important innovation is the removal of direct Dropbox support. At the end of June, Dropbox changed its interface to programming and removed the old version. Since hardly anybody used this function anyway, it was suddenly removed from the app. Users who want to load files onto Dropbox can do this directly with the normal Dropbox app, or auto-export parts of views to Photos, and then upload them from there using the Dropbox app.‍

"Turns the iPhone into a brilliant viewfinder"‍

The update to version 5.1 of the ALPA eFinder II app is available free of charge at the Apple Store for existing users. As an accessory, we recommend the above-mentioned iPhone holder with wide angle converter. This is available directly from ALPA - the wide-angle converter can also be ordered separately.

Overall, the ALPA eFinder App II is a practical and cost-effective tool that makes the planning process much easier for photographers. This is also shown by the response: specialist Henri Leuzinger has recently examined version 5.1 of the eFinder, for fotointern.ch, as part of his comparison of various professional cameras. He describes it as an "app, which makes the iPhone a brilliant viewfinder that can be adapted to almost all lens and shift functions".

More detailed information on the ALPA eFinder II App 5.1 (version 6.8 in early 2021) can be found in the manual, which has also been updated. If you have any questions, we will be glad to answer them personally. We recommend to consider purchasing the camera packs for even more usability with tons of other cameras.

Links
ALPA eFinder in the Apple App Store (if the link does not resolve due to language selectors, please search for "ALPA eFinder")